Samsung’s Linux on DeX software lets you use a Samsung smartphone or tablet as a Linux desktop computer by connecting an external display, mouse, and keyboard and running the app.

When the software launched last year it was only compatible with two devices — the Samsung Galaxy Note 9 and Galaxy Tab S4.

Now Samsung has rolled out an update that brings support for a bunch of additional Samsung devices released over the past few years. 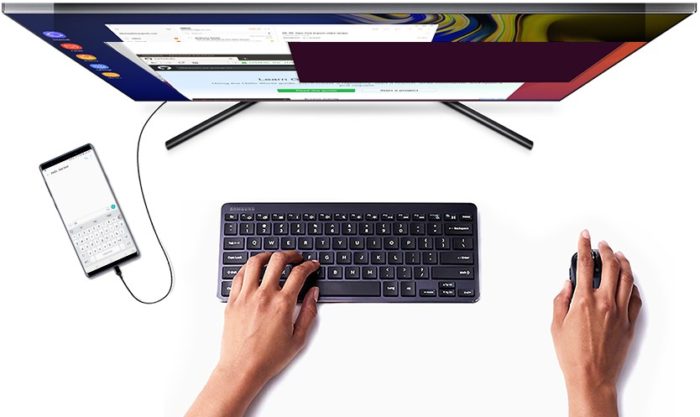 Officially, these devices are now supported:

But redditors and folks at xda-developers have confirmed that the Galaxy Note 8 is also supported, as is the upcoming (maybe) Samsung Galaxy Fold.

One thing that hasn’t been updated? Linux on DeX still uses a custom build of Ubuntu 16.04 LTS, an operating system that’s about three years old at this point. It’s a long-term support release, which means the folks at Canonical will continue to offer support for another two years. But it would be nice to see an update to the more recent Ubuntu 18.04 LTS at some point.

via SamMobile and IoT Gadgets

7 replies on “Now you can use more Samsung phones, tablets as Linux desktop PCs”