Samsung’s Galaxy Fold smartphone was supposed to be available to the public this Friday. But after multiple reports of broken displays on demo units sent to reviewers, Samsung has postponed the launch of its ambitious, expensive smartphone with a foldable display.

The folks at online repair shop iFixit did manage to get their hands on one of the phones though, and they tore it apart to see its insides… and to make some educated guesses about why the phone seems prone to breaking.

The verdict? Pretty much what we thought: there are at least two simple ways to break this phone. One is easily avoided. The other? Not so much… although it’s possible Samsung could revise the hardware to make the phone’s less prone to breaking.

Update: At the request of a partner that provided them with the phone, iFixit has removed it teardown article. 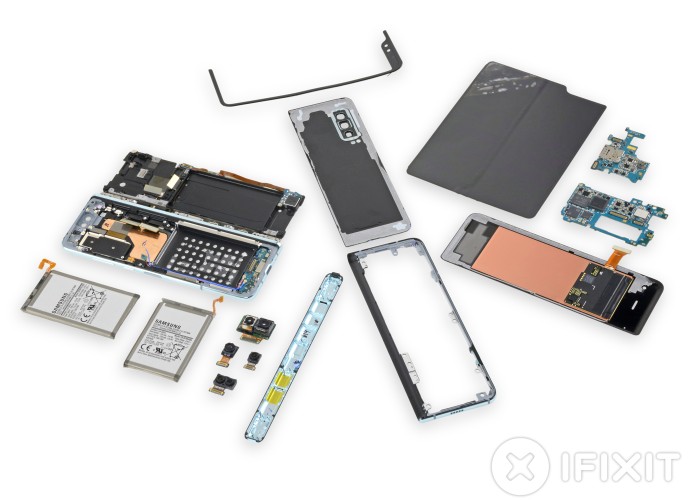 That’s not a screen protector — don’t take it off

As has been pretty widely reported, the Samsung Galaxy Fold has a thin piece of plastic covering the screen. It looks like the screen protectors that come pre-installed on many other phones, including the Samsung Galaxy S10. So it’s not surprising that a bunch of reviewers peeled it off shortly after getting their demo units.

The problem is that it’s not a screen protector. It’s an important part of the display. Samsungc calls it “polymer layer” that well… OK, it protects the screen. But because the flexible OLED display underneath is fragile, the polymer layer is not optional — take it off and the screen could easily be broken.

In fact, the screen is so fragile that the simple act of peeling off the polymer layer may be enough to damage it, as we’ve already seen.

Samsung says when the phone ships to customers it’ll include a warning alerting them not to remove the polymer layer. Some of the demo units didn’t have that warning… and even if it had, I suspect some folks would have ignored it.

One problem that iFixit noticed is that the polymer layer could have been extended so that it’s covered by the phone’s slim bezels. But since it’s not, it looks like something you’re supposed to remove.

Anyway, the point is that if you don’t remove the protective layer, than you probably won’t break the phone… in this fashion.

Don’t… use the phone around dust, I guess?

The second problem isn’t as easily avoidable. The Verge’s Dieter Bohn was the first to report that his Galaxy Fold review unit had developed a bulge in the screen, presumably after some foreign material had gotten inside.

Several other folks have reported the same issue since then, although Bohn’s was the only one that got bad enough to actually break through the screen.

The iFixit teardown makes it pretty clear that Samsung put a lot of time and energy into developing a hinge that allows the smartphone to be folded and unfolded as many as 200-thousand times… but that the company doesn’t seem to have done anything at all to prevent dust and other matter from getting into the phone through the 7 mm gaps in the phone’s case where the the hinge meets the display.

Yup. 7 mm gaps. That’s plenty of room for dirt, dust, and other debris to get under the screen and cause problems. 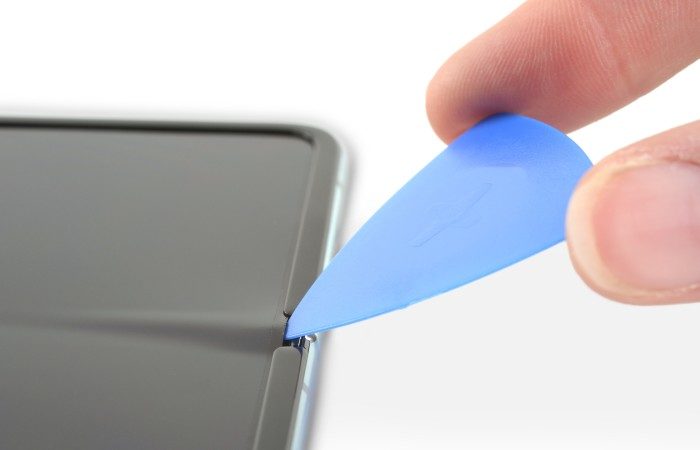 Oh, and that’s not the only way stuff can get into the phone. Fold it in half and the screen is protected, but iFixit found that there were gaps in the outside of the case large enough to easily slide some plastic tools into. 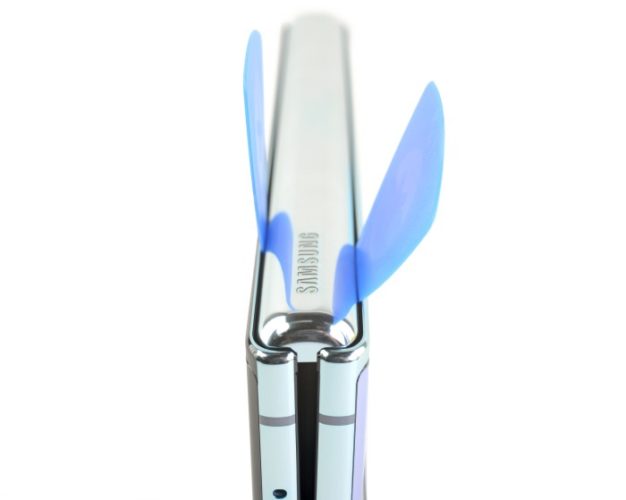 In other words, Samsung built a $2,000 smartphone that not only isn’t waterproof… it might not be regular life-proof.

It’s unclear how easy it will be for the company to offer better ingress protection on these phones. One would think that if a flexible silicone layer or some other material could have been used to avoid producing a phone with gaps in the display, Samsung would have already used it. These phones have been under development for years, after all.

But maybe it really is that simple. Reports suggest that the company was so concerned with getting the hinge to work properly that Samsung may have ignored other quality control issues.

Anyway, AT&T is now telling customers who had pre-ordered the Galaxy Fold that their orders will now ship June 13th, instead of April 26th. But it’s unclear if AT&T actually knows that or if it’s just a guess. Samsung hasn’t made any official statements yet, and it’s unclear what steps the company will take to remedy the problems reported by early reviewers.