The GPD Pocket line of computers have earned a cult following in recent years thanks to their compact size and decent performance. With 7 inch displays and QWERTY keys, they’re some of the smallest laptop-style computers that you could be reasonably expected to touch type on.

But typing can still be a bit of a pain.

GPD has also bumped the screen resolution and equipped the computer with the most powerful processor of any GPD device to date. 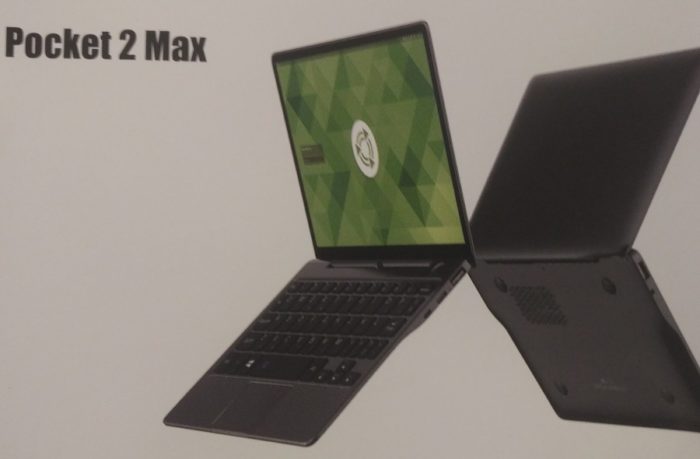 The computer features a 2560 x 1600 pixel display and it should ship with Windows 10 Home 64-bit software… although it’s interesting to see that the company’s promotional pictures show the Ubuntu MATE desktop. The folks behind that GNU/Linux-based operating system have made a habit of offering releases customized to support GPD Pocket computers.

GPD says the laptop has a magnesium alloy unibody chassis, a fan for active cooling, a 9200 mAh battery, and a 2MP camera, making this the first GPD Pocket device to have a webcam. It’s also expected to have a fingerprint sensor

The computer measures 8.1″ x 5.8″ x 0.7″ and weighs about 1.5 pounds. It’s small… but not exactly pocket-sized, which makes me wonder if GPD might be better off choosing a different name for this model.

As has become customary over the last year or two, GPD’s new computer will likely face some competition. Rival Chinese device maker One Netbook is already beta testing a new mini laptop called the One Mix 3, and it’s expected to have an 8.4 inch display, and like the GPD Pocket 2 Max, it’s expected to feature an Intel Core m3 Amber Lake processor, a PCIe SSD, and a fingerprint sensor.

Unlike the Pocket 2 Max, the One Mix 3 is also expected to have a backlit keyboard, a 360-degree hinge (for converting to tablet mode) and stylus support.

GPD says the Pocket 2 Max should launch in the second or third quarter of the year, but it’s unclear how much it’ll cost. Pricing and release info for the One Mix 3 is unclear at the moment.

Menwhile Chinese PC maker Chuwi is also planning to launch a 8 inch laptop soon, but the upcoming Chuwi Minibook will likely be a cheaper device thanks to its cheaper, lower-performance Intel Celeron N4100 Gemini Lake processor.