GPD’s new 8.9 inch laptop is expected to hit the streets later this year, and when it does, the GPD Pocket 2 Max will be the largest laptop the company’s released to date… but still ridiculously small by modern PC standards, weighing about 1.5 pounds and measuring just 8.1′ x 5.8″ x 0.7″.

But if you’re looking for something a little larger than a 7 inch GPD Pocket 2 or One Mix 2S Yoga, you don’t have to wait.

The Topjoy Falcon is a 1.5 pound, 7.9″ x 5.1″ x 0.8″ mini laptop with a convertible tablet-style design and an 8 inch touchscreen display. When I reviewed the Falcon last year, I noted that it would eventually have a list price of $699, but that it was up for pre-order through a crowdfunding campaign for $399.

Well, that campaign is over… but it turns out you can still score one for as little as $429 if you order through Indiegogo’s InDemand platform. 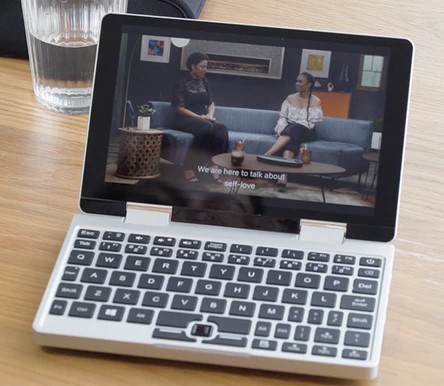 With a Pentium N5000 processor, the Topjoy Falcon won’t be quite as powerful as the GPD Pocket 2 Max. But at this price, it’ll probably be cheaper. And it’s available for order now.

Convertible laptops and 2-in-1 tablets