There was a time when BlackBerry Messenger was a key selling point for BlackBerry phones… and it was exclusively available on BlackBerry devices. But in 2013 the company launched BBM for Android an iOS.

A lot has changed since then. BlackBerry doesn’t make its own phones anymore. BlackBerry OS is pretty much dead. And now the company is pulling the plug on the consumer version of BBM. 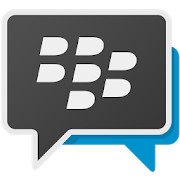 But there’s good news for loyal BBM users: BlackBerry that it’s opening the enterprise version of BlackBerry Messenger (BBMe) to all users. It’ll be available for free from the Google Play Store starting today, and it’s coming soon to the App Store for iPhone users.

BBMe will be free to use for the first year. After that, you’ll have to pay a subscription for access, but it’s relatively cheap, at $2.49 for a 6-month subscription.

Our original article continues below:

BlackBerry will still offer an enterprise version of BlackBerry Messenger. But it’s getting out of the consumer instant-messaging space.

In a blog post, Emtek says it’s been trying to “reinvigorate” the consumer version of BBM for the last few years, but “the technology industry however, is very fluid, and in spite of our substantial efforts, users have moved on to other platforms, while new users proved difficult to sign on.”

In other words, as rivals like WhatsApp, Telegram, Facebook Messenger, and Signal have taken off, BBM has been bleeding users and Emtek has decided to put it out of its misery rather than continue to try propping it up.

Folks who are still using BBM, or who have used it in the past, might want to download and save any photos, videos, or other files shared through the service by May 31st, because starting in June they’ll no longer be available.

2 replies on “BlackBerry Messenger is shutting down on May 31st (update: not really)”