Big box retailer Walmart already sells everything from produce to furniture, as well as electronic devices. Some of its is even Walmart-exclusive hardware, like the relatively new OverPowered line of gaming PCs and gadgets and accessories sold under the Onn brand.

Now it looks like Walmart is getting ready to introduce two new Android tablets that will be sold as part of the Onn line of devices.

According to a report from Bloomberg the new tablets will be positioned as kid-friendly device, but there’s no word on the specs, price, or release date. Based on the information we’ve seen so far though, Bloomberg’s assertion that the new Onn tablets are iPad-competitors seems a bit off base.

It’s more likely that these will be low-cost tablets that more closely resemble the $50 models already on the market like the Amazon Fire 7 line of devices or the B&N NOOK 7 tablet. 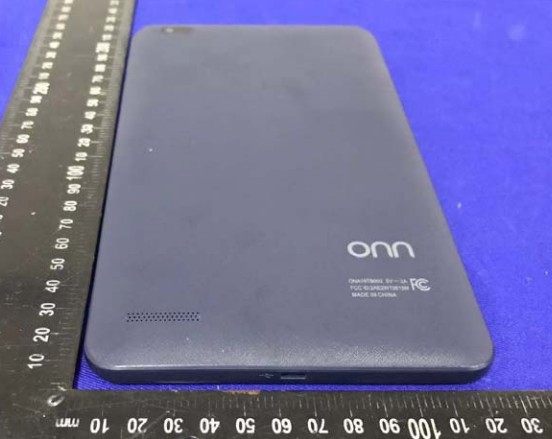 Two Onn tablets passed through the FCC website a few weeks ago, and both are included in Google’s latest list of devices with Google Play support.

You can check out the user manuals, some photos, and some technical documents at the FCC website by clicking those links, by the way.

There aren’t a lot of details about the tablet specifications, but @MishaalRahman dug up some details indicating that the 8 inch model will have a 1280 x 800 pixel display, a MediaTek MT8163 quad-core processor, 2GB of RAM, 16GB of storage, a microSD card reader, a micro USB port, and a 3,500 mAh battery and 5V/2A charger.

It has a mono speaker, a headphone jack, and front and rear cameras.

The most notable thing about the tablet is that it will ship with Android 9 Pie, which, as Rahman points out, would make it the first tablet from a company other than Samsung or Huawei to include the latest (stable) version of Google’s mobile operating system.

I haven’t seen detailed specs for the 10.1 inch model yet, aside from the fact that it seems to have stereo speakers (which means it has one more than the smaller model).

At the very least, I would hope it would also have a bigger battery and a higher-resolution display.