Google’s Pixel 3 smartphones sell for $799 and up when they’re not on sale for $200 off (like they are right now), which isn’t surprising for a modern flagship phone. But that does make them the most expensive Pixel or Nexus phones to date… which makes them a tough sell for some customers.

Rumor has it that Google plans to launch a line of cheaper Pixel phones soon, offering some of the Pixel 3’s best features for a lower price.

Just don’t expect to get a Pixel quality camera in a $200 phone. 9to5Google has posted some more details about the upcoming Google Pixel 3a and while it cuts a few corners, it sounds like an upper mid-range phone, not a budget device. 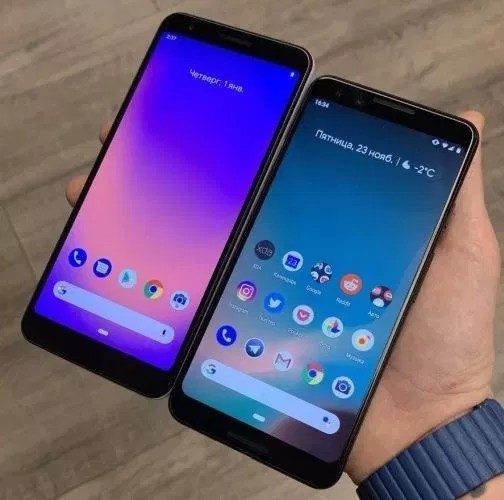 The Pixel 3a (which we had been calling the Pixel 3 Lite) until recently is expected to feature the same camera hardware and software found in the more expensive Pixel 3 and Pixel 3 XL smartphones. But it has a less powerful Qualcomm Snapdragon 670 processor which will likely account for some of the price difference.

According to 9to5Google, there are a few corners Google is not cutting. The phone is said to have a 5.6 inch, 2220 x 1080 pixel OLED display rather than an LCD screen. It has pressure-sensitive sides, which means you can squeeze it to trigger Google Assistant or other Active Edge features. And the phone has Google’s Titan M security chip.

Other features are expected to come with an 18 watt USB-C fast charger and the Pixel 3a is said to have a 3,000 mAh battery.

Less is known about the Pixel 3a XL, but it’ll certainly have a larger display and it may also have a different processor and/or higher capacity battery.

That’s not necessarily a bad price for a phone with an excellent camera, 3 years of security updates and at least 2 years of OS updates. But if you’ve got a little more money to spare, you might be better up picking up the full-fledged Pixel 3 when it’s on sale for $599.

Then again, maybe we’re wrong about the pricing. Maybe Google will sell a budget phone with an OLED display. I just wouldn’t bet on it.

9 replies on “Signs point to Pixel 3a being cheaper, but not cheap”