Microsoft probably isn’t the first company that comes to mind when you think of open source software. But in recent years the company has become a major player in the space. The Windows Subsystem for Linux lets you run some Linux software in Windows 10. Microsoft has released the source code for some old products including MS-DOS and Word for Windows. And Microsoft bought GitHub last year. 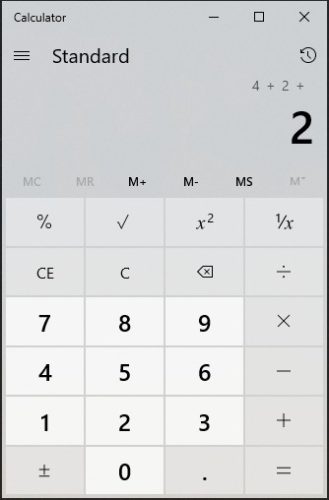 Microsoft has open sourced its calculator app. It’s available on GitHub under an MIT License.

While a calculator app might not be that exciting, the way Microsoft is turning a core product into an open source project is rather surprising.

The company isn’t just releasing the source code for obsolete software this time around. Windows Calculator is under active development, and anyone can now contribute to future development of the program.

In addition to the source code, Microsoft is making the build system, unit tests, and product roadmap available.

Among other things, this allows users to report or even repair bugs, suggest new features, and learn how Microsoft uses some of its own technologies in its own apps.

Of course one of the first things folks started to do is investigate the data Microsoft collects from users.