The Magic Leap One Creator Edition is an expensive piece of technology that’s not really aimed at consumers yet… but which could help pave the way for the future where wearable devices blur the lines between the physical and digital worlds. Maybe. Kind of.

Starting next week anyone with $2,295 burning a hole in their pockets will be able to pick one up from AT&T. The US wireless carrier will be selling the augmented reality headset online and in stores in a few cities starting April 1st. 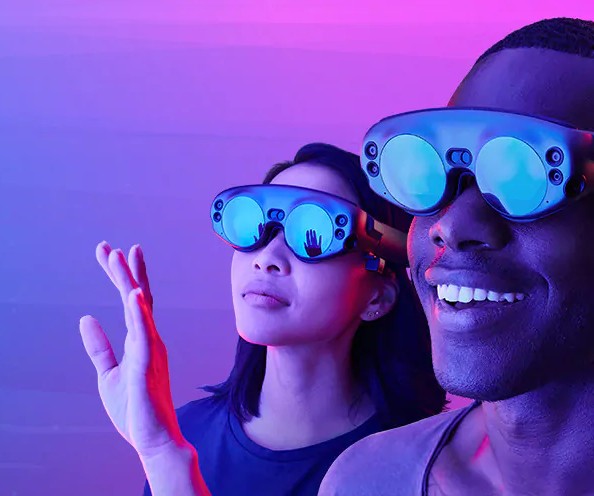 The first headset from Magic Leap is powered by an NVIDIA X2 Parker hexa-core processor with NVIDIA Pascal graphics and features 8GB of RAM and 128GB of storage.

It supports WiFi and Bluetooth, has a 3-hour battery and comes with a USB Type-C power adapter. And overall it gets mediocre reviews, at best.

In other words, it’s probably not a device you’re going to want to spend $2000+ on unless you’re a developer who wants to familiarize yourself with the platform so that if and when a next-gen device truly becomes a must-have gadget, you’ll be ready.

But unlike Microsoft’s Hololens 2, which is clearly aimed at professionals for now, Magic Leap keeps promising a future where you use its augmented reality headsets for gaming, media experiences, or encountering educational content.

And if you don’t have the money to buy one right now, it’s nice to know you’ll be able to walk into an AT&T Store and try one on and experience a Game of Thrones demo in person… if you happen to live in Boston, Chicago, or San Francisco, the first three cities where AT&T will be selling Magic Leap One Creators Edition headsets in stores.

via Gizmodo and AT&T