We should start to see laptops with 9th-gen Intel Core processors later this year, but rather than start with an upgrade to the 15 watt Whiskey Lake-U chips that power today’s thin-and-light laptops, it looks like Intel is focusing on the follow-up to its 45-watt, high-performance Coffee Lake-H family first.

If you’re curious about the lower-power chips, Intel did release documentation (PDF) for its upcoming Intel Gen11 graphics that will be included in upcoming Intel Ice Lake-U series chips.

But there’s still no word on when those chips will hit the streets. Intel says we can expect to see its new 9th-gen Core H-series chips in the second quarter of 2019. 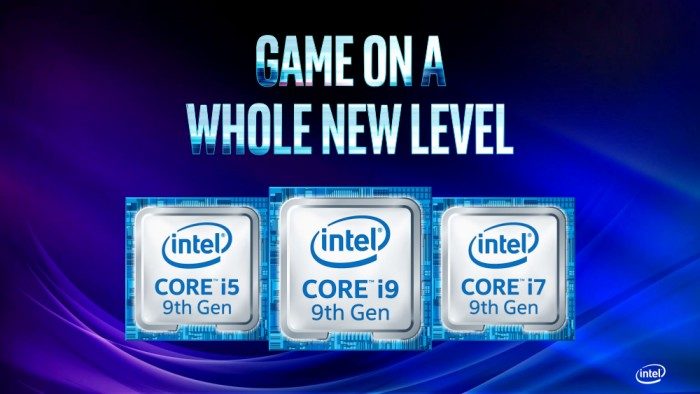 While Intel says we’ll have to wait until closer to launch for detailed specifications for the new processors, but thanks to a leak from last month, we do know that the company plans to offer a wide range of options including Core i5 quad-core processors and Core i7 and Core i9 hexa-core chips.

Intel notes that all of the new chips will support Thunderbolt 3, Intel Optane memory support, and WiFi 6 AX200 for low-latency, wireless gaming (among other things). And Intel is promising up to 11 percent better gaming performance on select titles, up to 34 percent faster video editing, and improved multi-tasking support.