Tired of carrying around a portable battery pack because your smartphone battery isn’t big enough to make it through the day? Last month Avenir Technology unveiled the Energizer Power Max P18K, a device that’s more battery than phone, at least in terms of volume.

But its most noteworthy feature is the battery. The Energizer P18K packs a whopping 18,000 mAh battery.

While it was unclear at first whether the P18K was a real product or just a prototype, it looks like it may actually be a thing you can buy. It’s up for pre-order through an Indiegogo crowdfunding campaign and Avenir Technology says the phone should ship to backers in October. 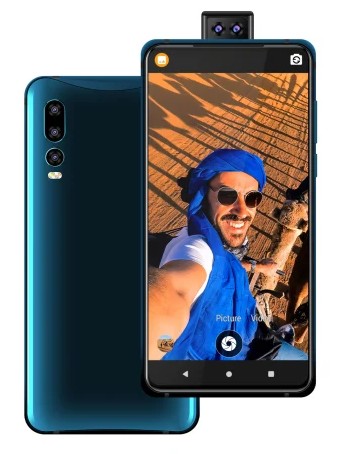 While the smartphone has a massive battery that should provide up to four days of battery life on a charge, all that power does come at a cost. The phone measures 6″ x 3″ x 0.9″, making it the thickest smartphone released in years. Heck, it’s thicker than many modern laptops.

That said, it would be nice to have a phone that you only have to charge once or twice a week. And you can also use the phone as a power bank if you need to charge a tablet, another phone, a set of wireless earbuds, or other low-power devices that can be charged with a USB Type-C cable. 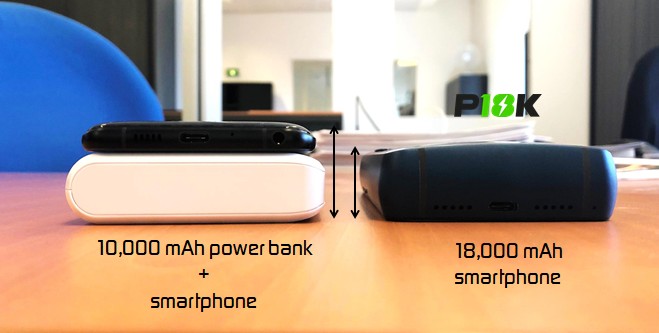 The Energizer P18K supports 802.11ac WiFi, Bluetooth 5.0, features a microSD card reader and it’s expected to ship with Android 9 Pie. One thing it doesn’t have? A headphone jack. Dont’ ask me why — it’s not like there isn’t room for one.

One the back of the phone there’s a three camera system made up of a 12Mp primary camera and 5MP and 2MP cameras for capturing depth information and more light. The two front cameras feature 16MP and 2MP sensors and they’re actually hidden in a pop-up section of the phone.

Avenir says the Energizer P18K will have a retail price of $699, but the first 200 backers of the crowdfunding campaign can reserve one for $549. After that, the Indiegogo price goes up to $599.