Microsoft makes a version of Windows 10 that runs on devices with ARM processors. But for the most part, the only way to use it is to buy a device like the Asus NovaGo or Lenovo Yoga C630.

But there is now an unofficial Windows 10 on ARM installer for a Raspberry Pi 3 Model B or B+. 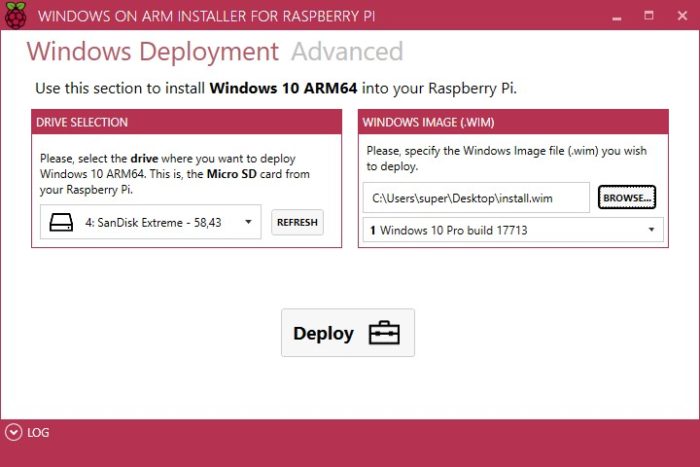 The appropriately-titled WoA Installer for Raspberry Pi 3 showed up on GitHub last week, and it’s basically a simple tool that lets you load an ARM-friendly version of Windows 10 onto a microSD card so that you can boot the operating system on a Raspberry Pi.

Of course, you can only do that if you first have a copy of Windows 10 that’s compiled for ARM architecture. That’s something Microsoft doesn’t really offer end users. But there is a page that explains how you can download and compile the operating system… something that may be illegal, or at the very least a violation of Microsoft’s licensing terms.

Still, until Microsoft offers an official option for purchasing a version of Windows 10 that you can install on Raspberry Pi’s $35 single-board computers, this may be the simplest option available for folks that want to try running a desktop version of Windows on the little devices.

Or you could just stick with Raspbian, a GNU/Linux distribution that’s free for anyone to download, use, and modify.

Update: Unsurprisingly, while you can run Windows 10 on a Raspberry Pi 3, it’s painfully slow. Tom’s Hardware has the details.