The new Darter Pro isn’t the smallest laptop from Linux computer company System76. But it is the thinnest and lightest model the company offers with a 15.6 inch display.

Weighing 3.6 pounds and measuring about 0.8 inches thick, it’s bigger and heavier than the company’s 2.9 pound, 0.7 inch Galago notebooks. But it has a bigger screen, a bigger battery, and room for a numeric keypad on the right side of the keyboard, among other things.

First announced last week, the System76 Darter Pro is now available for $999 and up. 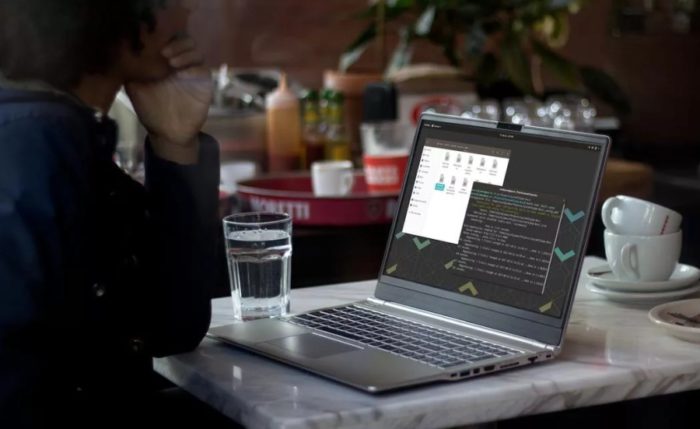 The laptop has a backlit keyboard, stereo speakers, a 720p camera, and mic and headphone jacks.

Upgrade options include support for up to an Intel Core i7-8565U processor, up to 32GB of RAM, and up to 2TB of PCIe NVMe storage.

Theoretically you could probably save some money by purchasing a different laptop and installing Ubuntu or another GNU/Linux distribution on your own. But it’s nice to have the option of buying a relatively notebook that ships with a Linux distribution pre-installed and which comes with official support from the PC maker.

Aside from System76, there are a few other companies that sell LInux laptops, including ZaReason, Dell, and Purism.