Sony hasn’t been a major player in the global smartphone market for a while, but the company does still make some interesting phones… even if they tend to lag behind the competition when it comes to innovative design features.

But this could be the year Sony does something surprising, by launching a phone that doesn’t quite look like anything else on the market.

According to images obtained by WinFuture, it looks like the upcoming Sony Xperia XA3 will have a phone with super-slim side and bottom bezels… but a rather sizable top bezel, with plenty of room for a camera, earpiece, and anything else you’d want to cram into the top of a phone. 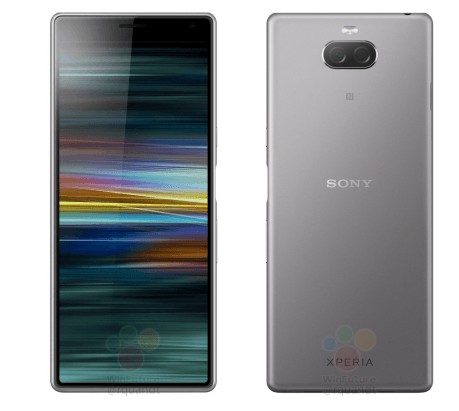 According to WinFuture, the phone will have a 21:9 aspect ratio display.

The images also show what appear to be dual cameras on the back of the phone, a USB Type-C port and speaker grilles on the bottom, a fingerprint sensor and power button on the right side, and a cover on the left which could be where you’ll find the SIM card slot and/or a microSD card reader.

Sony’s XA series smartphones tend to be upper mid-range smartphones, and WinFuture says this model is expected to feature a Qualcomm Snapdragon 660 processor, 4GB of RAM, and 64GB of storage, although there’s a chance some or all of those details could be incorrect. In fact, it’s possible that this phone isn’t the Xperia XA3 at all, and could actually be a different model.

We should find out more when Mobile World Congress takes place later this month. Sony is also expected to unveil its next-gen flagship at the event.

According to leaks and rumors that have been making the rounds since late last year, the upcoming Sony Xperia XZ4 could be a phone with a 6.5 inch display, a Qualcomm Snapdragon 855 processor.

Like the Xperia XA3, the company’s new flagship is expected to have a 21:9 display, although it may have a higher resolution (with some reports suggesting 3360 x 1440 pixels). So it’s interesting to note that Sony recently applied for a trademark on the term “CinemaWide” to describe a type of display for smartphones, tablets, and other mobile devices.