As expected, Samsung’s first smartphone with a foldable display is called the Samsung Galaxy Fold. At first glance, it looks like a small tablet… that you can fold in half and use as a smartphone.

Folded in half, you can use a 4.6 inch touchscreen display (with very large top and bottom bezels). Unfolded, it’s a tablet with a 7.3 inch “InfinityFlex” display.

It’s not the first folding phone, but it looks a heck of a lot less wonky than the Royole FlexPai, with less of a visible crease when the phone is unfolded. Samsung describes the Fold as a “one of a kind, luxury device,” though… so it’s not cheap: prices will start at $1980 and it will be available in 4G LTE and 5G versions. 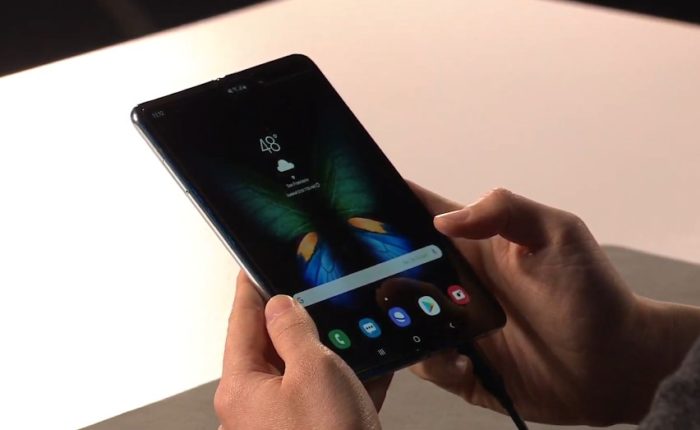 Samsung is also introducing new software including support for three-app multitasking on the tablet screen, and support for “App Continuinity,” which lets you switch seamless switch between screens — you can start using an app on the small smartphone screen, open the tablet, and pick up where you left off.

Powering the phone is an unspecified 7nm processor, 12GB of RAM, and 512GB of UFS 3.0 storage (but no microSD card slot).

There are two batteries spread across the two sides of the Fold, for a total of 4,380 mAh of capacity. 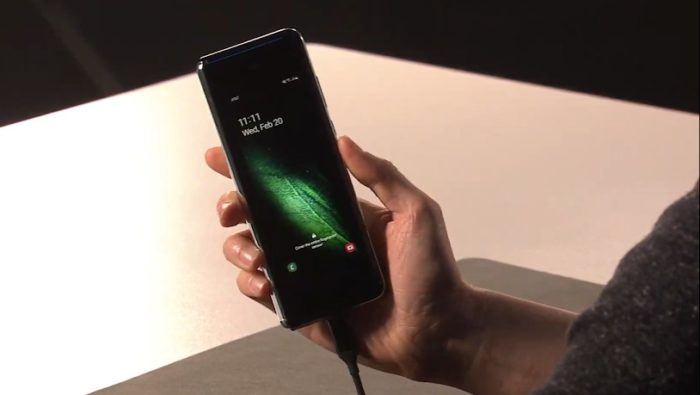 The Galaxy Fold also has six cameras — three on the back, two on the inside, and one front-facing camera

Samsung put a fingerprint sensor on the side of the phone, where you should be able to reach it from any view.

The Samsung Galaxy Fold will be available in black, silver, green, or blue color options, and there are multiple color options for the hinge as well. 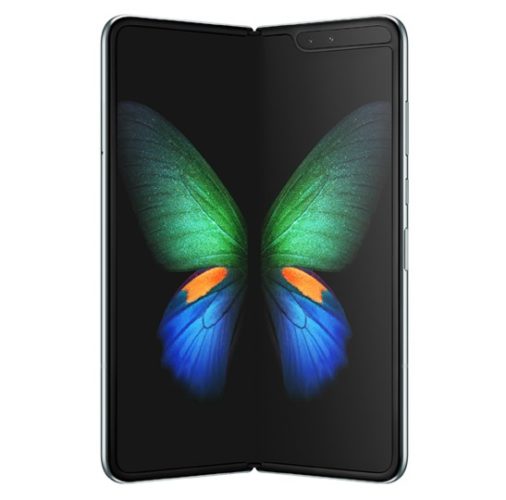 While Samsung hasn’t revealed all the specs for the Galaxy Fold yet, here’s what we know so far:

As for the camera’s, there’s a lot of them, so let’s break them down into sections.