HMD’s Nokia-branded smartphones have earned a reputation for offering solid features at affordable prices. But for the most part they haven’t pushed the boundaries for what we expect from a modern smartphone.

The company’s new Nokia 9 PureView is the first example of what it looks like when HMD/Nokia tries to get distinctive.

Like many other flagships launching this year, it’s a smartphone with a high-resolution display, an in-screen fingerprint sensor, and plenty of memory and storage. But it’s also the first to pack five cameras onto the back of the phone.

The Nokia 9 PureView will be available in March for $699 and it goes up for pre-order in select markets starting today. 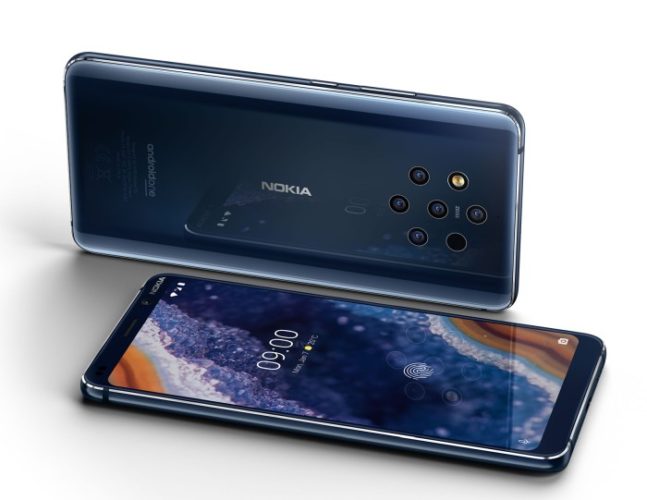 All five of the cameras have 12MP image sensors and Zeiss Optics. Two of the cameras are RGB for wide color capture, while the other are monochrome cameras designed to capture more light.

HMD says every time you snap a picture, it takes at least one image with all five cameras — in some situations you can get a single image that’s up to 240MP, although more often than not you’ll get a lower-resolution picture that leverages the multiple cameras for pictures with less noise, better color, and better light.

You can also shoot in black and white natively, without the need to convert color images. 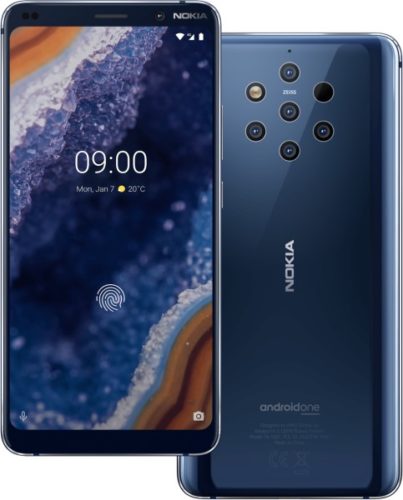 While the Nokia 9 PureView is the first smartphone to feature this many cameras that work together to capture a single image, it might not be the last — HMD worked with Light to create the camera system used in this smartphone.

Light, which released its own multi-lens camera a few years ago, has big plans for the smartphone space. This week the company announced it’s partnered with Sony to create reference designs for smartphones with multiple cameras using Sony image sensors and we could start to see more multi-camera devices later this year. 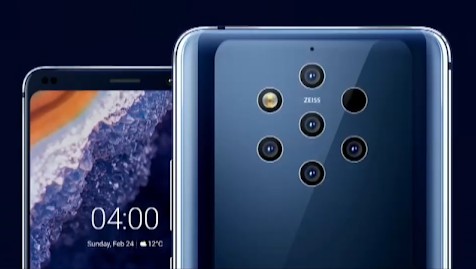 Snap a photo with the camera app and the smartphone fires up all five cameras and then stitches together a photo based on data captured from all five cameras. The result should be higher contrast and dynamic range than you’d get from a single camera.

Nokia says the system can capture up to 10 times more light than other smartphone cameras. And users can adjust the focus of an image after it’s captured, thanks to depth-of-field information captured by the multiple cameras. 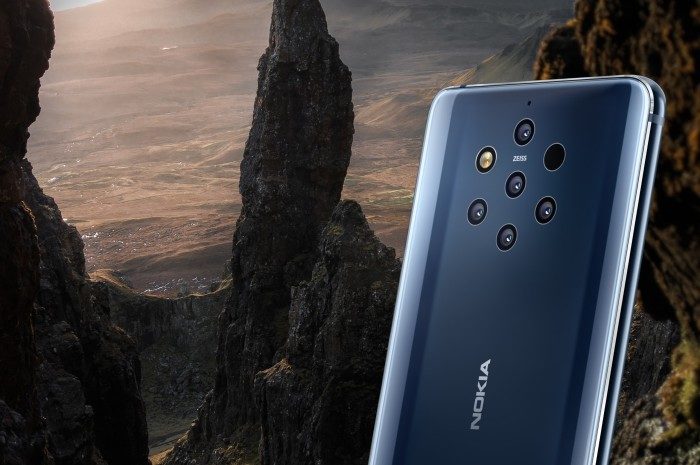 What’s interesting about this type of multi-camera system is that all the cameras work together to capture a single picture. Unlike multi-camera phones from Apple, Samsung, Huawei, and others you don’t get to switch cameras for features like telephoto zoom lenses or ultra-wide image capture.

It’s closer to what Google does with its Pixel smartphones, capturing multiple images and combining data to create a single high-quality picture. But Google does that with one camera and a bunch of software tricks. HMD does it with five cameras.

Basically HMD and Light have come up with a hardware-based solution that’s similar to Google’s software-based one. It’ll be interesting to see in-depth reviews of the Nokia 9 PureView to see how it stacks up against the Google Pixel 3 in photographic quality. 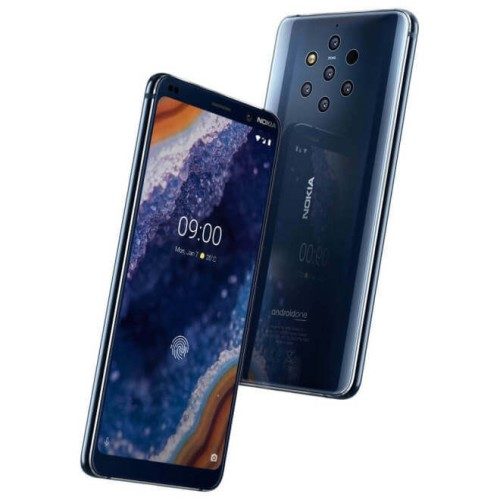 Other camera features include support for RAW image capture, 4K HDR video recording, and shutter speeds of up to 10 seconds.

While the camera system is the phone’s most distinctive characteristic, for the most part the phone’s other specs look decent. The Nokia 9 PureView has a 6 inch, 2880 x 1440 pixel pOLED display with an in-screen fingerprint sensor and support for HDR10 content.

There’s no notch, but there are bezels on the top and bottom of the screen.

One odd choice? The phone will ship with a Qualcomm Snapdragon 845 processor rather than the newer Snapdragon 855 chip powering many new Android flagships this year.

On the other hand, that may help keep the price lower than some of its competitors.

Like most other recent HMD/Nokia phones, the Nokia 9 PureView is an Android One device, which means it’ll receive regular OS and security updates for at least two years.

HMD is also launching a few cheaper (and less impressive) phones at Mobile World Congress, including Nokia 4.2, Nokia 3.2, Nokia 1 Plus, and Nokia 210.