As the name suggests, it’s a credit card-sized device that plays one game: Tetris.

Now that developer has licensed the technology behind the MicroCard to Super Impulse, which plans to release a series of single-purpose, pocket-sized games later this year for around $20 to $25 each. 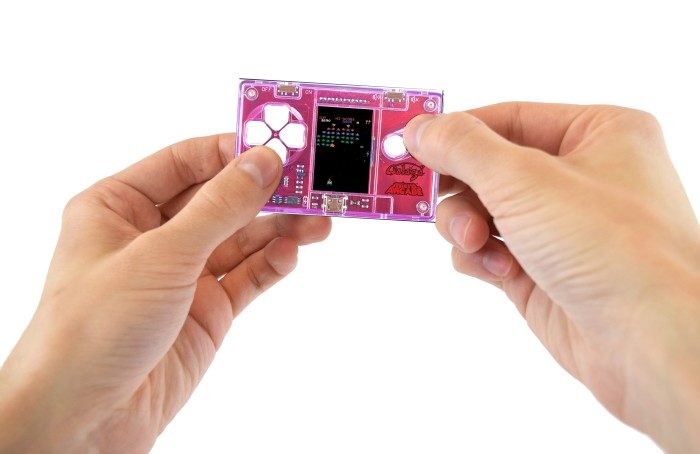 The Super Impulse Micro Arcade line of devices each measure about 3.3″ x 2″ x 0.3″ and feature color LCD screens surrounded by D-pads and two buttons. The system charges via a micro USB cable.

Sure, they’re a bit thicker than a credit card, but if you toss out all the cards in your wallet, you might be able to fit this into your card pocket.

According to Gizmodo, Super Impulse will be showing off the new lineup at New York Toy Fair later this week, and based on a page on the Super Impulse website, it looks like there will be at least 7 models at launch.

Priced at $25 or less, these systems should cost about half as much as the Tetris MicroCard. But that still might be a lot of money to spend on handheld game system that only plays one or two games. The good news is that these are time-tested titles that offer high replay value, unlike some games that you may lose interest in once you beat them.