But it’s 2019 and none of those features are really enough to make the LG G8 ThinQ stand out from the competition. So LG packed in a few unusual technologies.

As expected, the smartphone has a front-facing camera that uses Time of Flight (ToF) technology for depth-sensing. This enables support for “Air Motion” touch-free gestures (for answering calls, adjusting volume, and taking screenshots), as well as for more secure face identification.

The LG G8 ThinQ is also the first smartphone to use palm vein authentication so you can also unlock your device using what LG calls Hand ID. 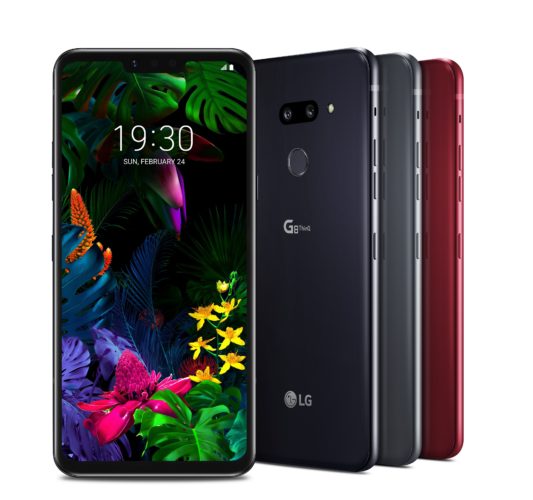 LG says Hand ID uses unique characteristics of your hand to let you unlock your device including the shape, thickness, and other details about the veins in your hand. Put your hand in front of the front-facing camera and it should recognize a registered hand and unlock.

So there are three different forms of biometric security on this phone. You can choose from Face Unlock, Hand ID, or use a fingerprint sensor (there’s one on the back of the phone).

Or you could just be old-fashioned and use a PIN, password, or pattern. 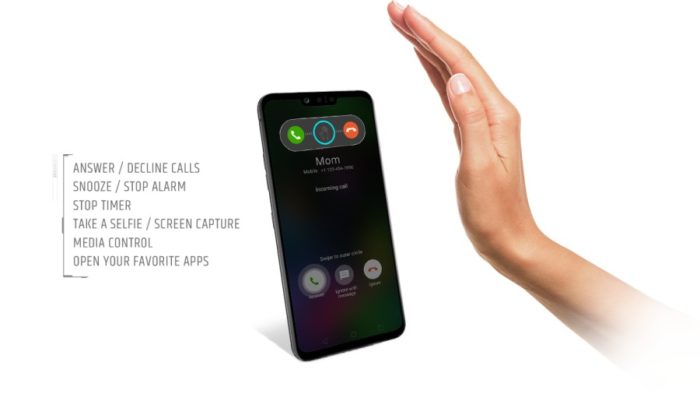 The ToF camera isn’t the only camera on the front of the phone. There’s also an 8MP standard camera with an 80 degree field of view. And on the back of the phone you’ll find three cameras:

In select markets the phone will ship with just two rear cameras instead of three.

Other features include a USB Type-C port, a 32-bit Hi-Fi DAC, IP68 water and dust protection, and an LG Boombox Speaker plus a “Crystal Sound OLED Stereo Speaker” (the front of the screen vibrates, which LG says “eliminates the need for a front speaker for taking phone calls).

The phone supports microSD cards up to 2TB.

And if you’re looking for something a little more affordable, LG is also introducing a cheaper option called the LG G8s ThinQ. It features the same ToF camera as the normal G8, as well as support for Hand ID, Face Unlock, and Air Motion. And like the normal G8 ThinQ, it has a Qualcomm Snapdragon 855 processor. 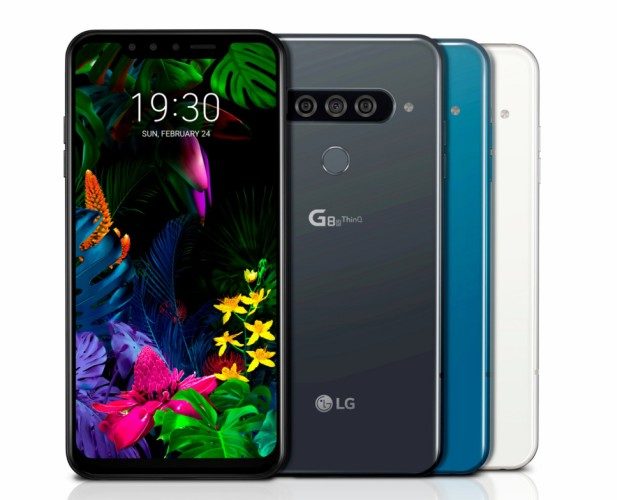