As expected, Huawei is throwing its hat into the foldable smartphone ring with the Huawei Mate X.

It’s one of the most impressive looking foldables to date, with a tablet-sized screen that folds in half for use in smartphone mode, a four-camera system, a 5G modem, 8GB of RAM, and 512GB of storage. 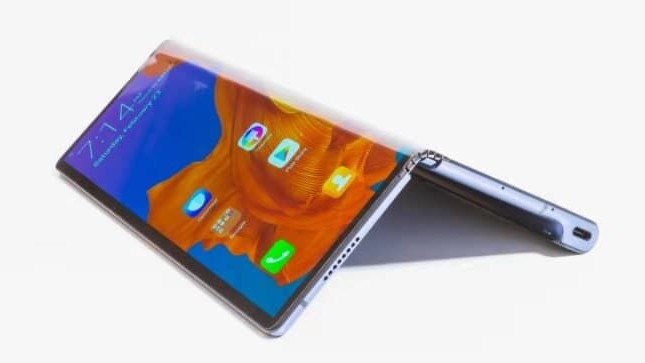 When the device’s OLED screen is fully unfolded, you have an 8 inch android tablet. But fold it in half and you have a smartphone with a 6.6 inch display — which doesn’t sound much smaller, but those numbers are deceptive since they measure the diagonal length of the screen.

Basically in tablet mode you have a little less than twice as much screen real estate. And because the Mate X folds so that the display wraps around the phone, you actually have two screens in phone mode — one on the front, and another on the back. 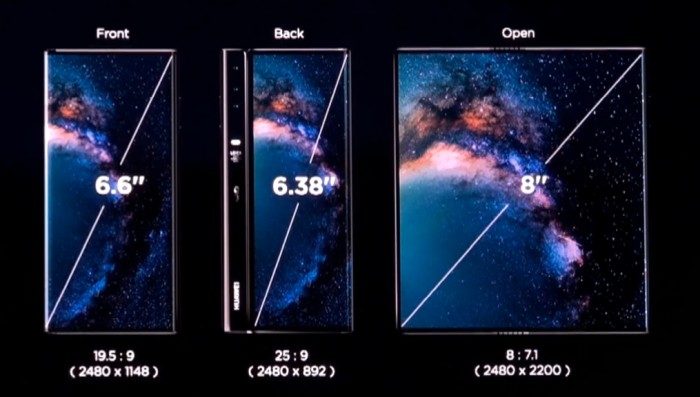 This eliminates the need for a secondary screen like the one found on the Samsung Galaxy Fold, and makes the Mate X look like something you’d actually want to use in phone mode and not just in tablet mode.

So effectively this is a phone with one screen that can be used in three modes: 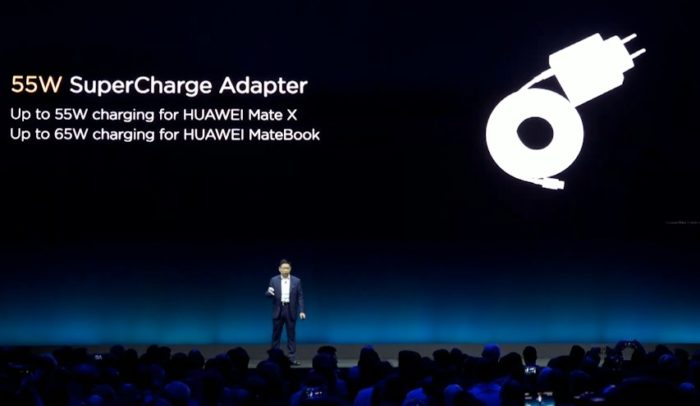 The power button and fingerprint reader are on the side, which means there’s no notch in the display when you’re looking at the device from the front in tablet or phone modes — something that sets the phone apart from Samsung’s Galaxy Fold. 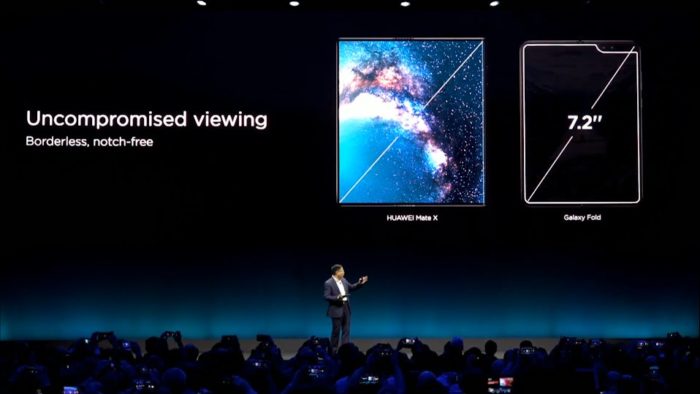 In tablet mode, the Mate X is just 5.4mm thick (or 0.21 inches) at its thinnest point, although there’s a boxy section on one side where the device has four cameras and other components.

When you fold the device in half for use in phone mode, the screen sits flush with the cameras, making the whole thing about 11mm (0.43 inches) thick.

Huawei says the Mate X has patented hinge technology that allows the screen to gold flat, making the device thinner than other foldables (*cough* Samsung) when its used in phone mode. 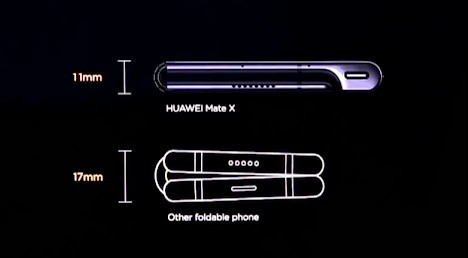 The bar with the cameras and other components gives the device a bit of a Lenovo Yoga Tab-like appearance when used in tablet mode, with a strip along one side of the tablet that’s twice as thick as the rest of the device. But on the bright side, it gives you something to grip when holding the tablet in one hand.

There’s no front-facing camera… but since the display wraps around the whole device you can use the 6.4 inch secondary screen as a viewfinder when snapping a selfie using the four cameras that normally face the back. 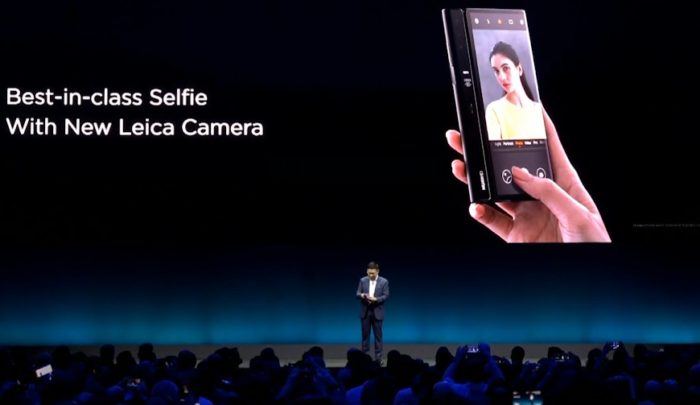 Aside from the really, really, high price tag, another thing to keep in mind about the Huawei Mate X is that the version Huawei is showing off at MWC is essentially an early prototype. While the company does plan to sell this phone later this year, journalists who are on-site at the show haven’t actually been able to touch it. Huawei representatives are in charge of the demos, which suggests that this thing might be ready to withstand poking and prodding from the general public just yet. 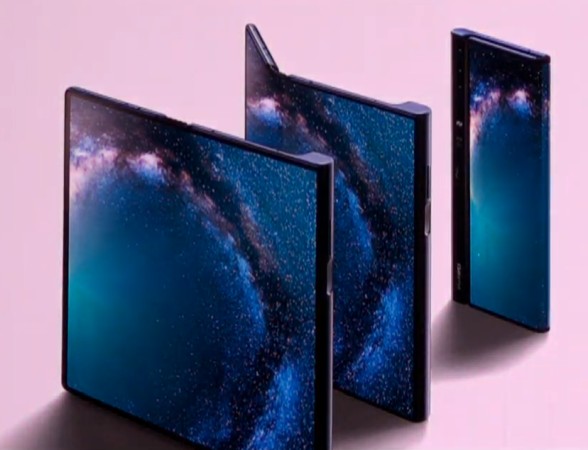 As for that 2299 Euro price tag, it would certainly make the Mate X the most expensive smartphone to date (not counting some weird “luxury” models). But that’s the price that goes along with being an early adopter — I remember a time when HDTVs were prohibitively expensive. Now you can pick up a 4K set for a couple hundred dollars.

It remains to be seen whether economies of scale will kick in the same way with foldable phones. If enough people buy devices like the Samsung Galaxy Fold and Huawei Mate X, then it should help the companies making these foldables increase production and lower the cost. But if the high prices scare customers away, that may never happen.

8 replies on “Huawei Mate X is a 6.6 inch Android phone that unfolds to become an 8 inch tablet”