AMD has been shipping Ryzen Mobile processor for laptops since late 2017, and one of the key selling points of these chips is that they’re supposed to have better built-in graphics than their Intel counterparts.

But it turns out that those Ryzen chips with Radeon Vega graphics weren’t living up to their full potential, because AMD hadn’t yet released a graphics driver that fully supported them.

That changes this week: AMD’s new Adrenalin 19.2.3 graphics driver is the first to officially support Ryzen Mobile chips with Radeon Vega graphics, and the company says users can expect up to a 17 percent improvement in graphics performance with some games. 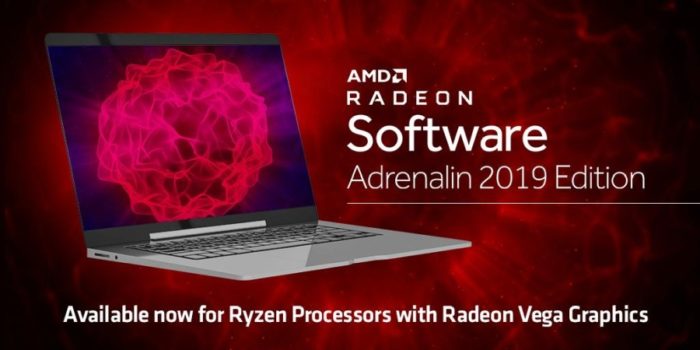 According to AMD, you can expect:

In other words, your performance boost will vary widely depending on what you’re trying to do with the computer. But a software update that delivers better performance rather than slowing things down is always welcome.

The new graphics driver also includes a number of bug fixes, a few known issues, and some extra hoops you need to jump through if you plan to use a Radeon FreeSync enabled display. So make sure to check out the release notes before installing the Adrenalin 19.2.3 software.

via Tom’s Hardware and @AMD