Pretty much every major company that makes consumer routers has gotten into the mesh WiFi business over the past few years. But a startup called eero one of the first companies to posit the idea that you’d get better WiFi coverage in your house if you used a system of up to three routers instead of one.

It’s a move that makes sense when you consider that Amazon is already heavily invested in smart home products thanks to its Echo and Alexa ecosystem and Fire TV line of media streaming products — all of which work best when you have a solid internet connection. 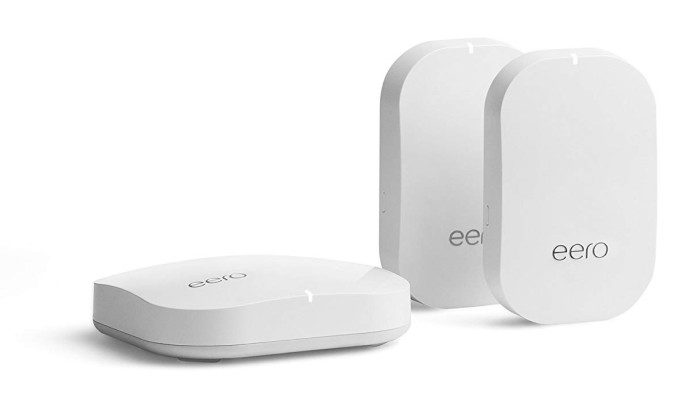 It’s unclear at this point what the future holds for eero’s product lineup. For now it seems likely that Amazon will continue selling eero’s existing devices including the eero router and eero’s “beacon” access points which you can place around your home to improve network coverage.

But it’s also possible we could see mesh networking built into other Amazon devices. What if every Echo smart speaker was also an access point?

Does everyone need a mesh WiFi system? Probably not. There’s a single 802.11ac WiFi router on the third floor of our house, and while the signal isn’t as strong on the first floor as it is on the third, I can still stream 4K video anywhere in the house. So I’m not in a hurry to buy more gadgets that need to be plugged in 24/7.

But if you have a larger (or more awkwardly laid out) home, it’s nice to have the option of picking up a WiFi range extender or a mesh system to help cover hard-to-reach areas.