The group of volunteers keeping Canonical’s (canceled) dream of Ubuntu smartphones and tablets alive is rolling out a pretty significant update this week. The UBPorts team says Ubuntu Touch OTA-7 should be available for all supported devices by Sunday, January 13.

Among other things, it brings new features and improvements to the on-screen keyboard and web browser. But the bigger news may be an update that should make it easier for developers to port the operating system so it can run on newer phones.

Up until now the list of officially supported devices has been a little… old. 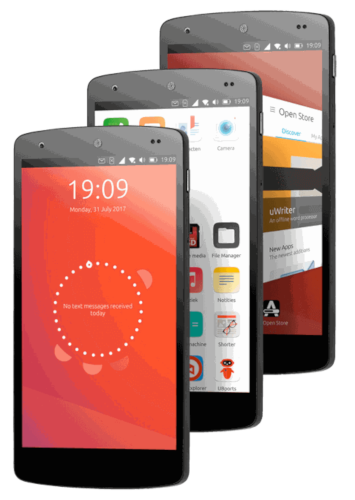 For example, Ubuntu Touch runs on the OnePlus One, Google Nexus 4, Nexus 5, and Nexus 7 2013 as well as a few devices from Meizu and Bq that originally shipped with Ubuntu software before Canonical canceled development of the mobile version of the operating system.

The newest phone on the list is probably the Fairphone 2… a smartphone with a Qualcomm Snapdragon 801 processor (a chip that was released on 2014).

UBPorts says an update to the Libhybris tool will allow Ubuntu Touch to “use most drivers from Android 7.1 devices,” which should make it easier to port the software to run on devices with more modern hardware.

More visible changes in OTA-7 include support for keyboard theming, allowing you to change the color and style of the keyboard. There are nine themes to choose from at launch.

The Morph web browser has also received a number of bug fixes which should make it much more usable.

You can read more about Ubuntu Touch OTA-7 in the release notes.