Odds are that most high-end smartphones launched in 2019 will feature Qualcomm’s Snapdragon 855 processor. Officially launched in December, the chip features a new CPU design, upgraded graphics, and support for faster memory.

The chip maker says users can expect up to 45 percent better CPU performance and up to 20 percent better graphics. But the company hadn’t let anyone actually check those numbers until now.

A number of websites have published the first set of Snapdragon 855 benchmarks. Spoiler alert: it’s faster than the Snapdragon 845. But you might not notice much difference unless you’re performing very specific tasks. 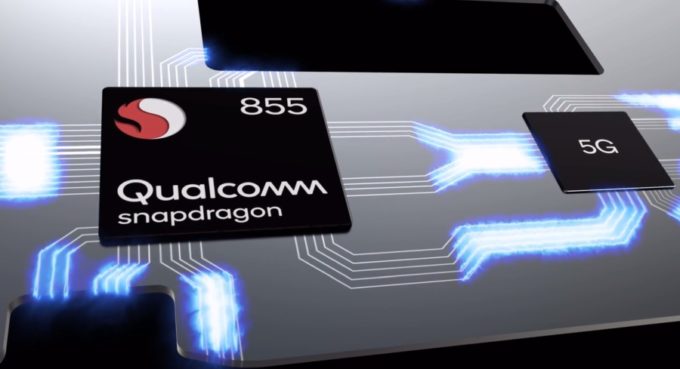 The new Snapdragon 855 processor is the first to use Qualcomm’s new Kryo 485 Gold and Kryo 485 Silver CPU cores (which are modified versions of ARM’s Cortex-A76 and Cortex-A55 CPU cores). It’s also the first to offer a new arrangement — instead of four high-performance CPU cores and four lower-performance cores, you get a 1+3+4 layout this time around:

So what does that mean in terms of benchmarks and/or real-world performance? Honestly it’s a little soon to say: you can’t buy a real phone powered by the new chip yet. But Android Police, xda-developers, and AnandTech are three of the websites that got to run some tests on a reference design unit with a Snapdragon 855 chip, 6GB of RAM, and Android 9 Pie software.

As promised, the reference design outperformed most phones with Snapdragon 845 processors in CPU and graphics benchmarks such as GeekBench, AnTuTu, 3DMark, and GFxBench. It also came out way ahead in artificial intelligence benchmarks… although it’s worth noting that those benches are still in their infancy and may not always do a great job of predicting real-world performance.

But it’s interesting to see that the Snapdragon 855 didn’t outperform the Snapdragon 845 very much in PCMark tests that measure tasks such as web browsing or photo and video editing.

And that’s only what you see when you compare Qualcomm’s newest chip against last year’s model. Things look a little different when you add Huawei’s processors.

While the company has been caught cheating at benchmarks in the past, the Kirin 980 generally seems to do better than the Snapdragon 845 on CPU and AI-related tasks, while lagging in graphics-heavy benchmarks. So it’s not surprising that when you compare the Snapdragon 855 to the Huawei Kirin 980, the Snapdragon chip doesn’t look quite as impressive.

And when you look at platform-agnostic tests like web benchmarks Speedometer or WebXPRT, the latest iPhones continue to run circles around Android devices with Snapdragon chips.

All of which is to say… the Snapdragon 855 seems like a perfectly decent chip and 2019 flagship phones will probably offer better all-around performance than 2018 flagships. But I doubt most people will actually notice much difference.

Personally I’m planning on hanging onto my Pixel 2 with its Snapdragon 835 processor until Google stops rolling out software updates for it… and that probably won’t happen until late 2020 at the earliest.