Mobile gaming has come a long way since the days when Tetris was the killer app. But the rise of touchscreen smartphones has presented a bit of a challenge — how do you interact with a gaming using just a touchscreen without covering up part of the display with your fingers?

For the most part you don’t. Game developers and gamers alike have largely decided it’s OK to tap and swipe directly on the screen. But some gaming purists still prefer a dedicated controller.

Typically that means connecting a console-style game controller of some sort. But the upcoming MUJA gaming touchpad is something different. It’s a touchpad that you can slap on the back of your phone to add four customizable virtual buttons.

Update: The MUJA GamePad crowdfunding campaign is now live. You can reserve one for a pledge of $59 or more at Indiegogo. It’s expected to ship in April. 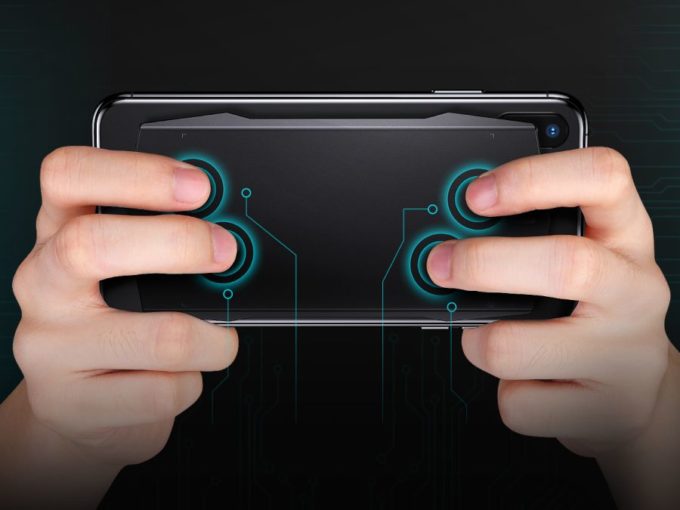 That lets you use use up to 6 fingers at once to run, turn, aim, shoot, or perform other actions by gripping your phone so that your thumbs can interact with the screen on the front of the phone and your index and middle fingers can hit the virtual buttons on the back.

MUJA’s touch surface is divided into four zones, allowing you to assign different functions to each. That should make it relatively easy to hit the right zone with your fingers even when you’re not looking at the device. No, I don’t know why developer HandScape didn’t just go with physical buttons that you can feel either.

The touchpad sticks to the back of a phone via suction cups, and it connects to Android or iOS devices using Bluetooth 4.2. It has a built-in 450 mAh battery that the company says should be good for more than 50 hours of continuous use.

, but the company says MUJI will launch an Indiegogo crowdfunding campaign for the gaming touchpad by the end of January, and backers will get a 60 percent discount off the full retail price.

Update: MUJA’s suggested retail price will be $99, which means early backers of the crowdfunding campaign will be able to score one for about $40. And in addition to gaming, you can use the MUJA for some other tasks. For example, you can use it to control your phone’s camera. It can also support other swipes, double-taps, and two-finger pinches in supported apps.