Voice assistants were everywhere at this year’s Consumer Electronics Show, where hundreds of new products featuring Amazon Alexa or Google Assistant technology made their debut.

You know what you didn’t hear much about? Microsoft’s Cortana voice assistant. There’s only a single smart speaker that ever shipped with Cortana baked in (and it’s currently selling for just 1/4th the list price) , and this week Microsoft announced that it was separating Cortana from Search in future versions of Windows 10.

So is Cortana dead? Not exactly. But according to Microsoft CEO Satya Nadella, the company doesn’t really expect it to compete with Alexa or Google Assistant anymore. Cortana isn’t going away just yet… but Microsoft is imagining a different future for it. 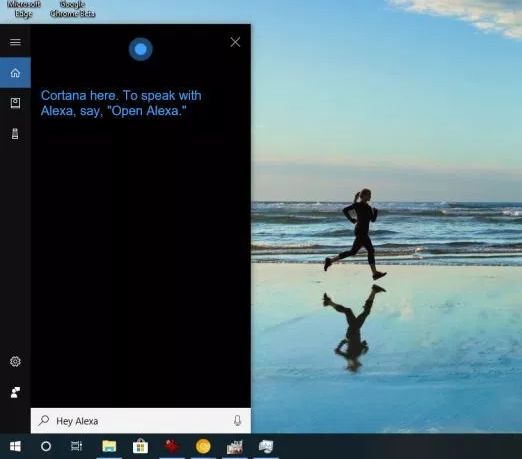 Nadella spoke to journalists including the folks at The Verge and Business Insider at an event earlier this week. He said that rather than existing as a standalone service, Cortana could be accessed via popular voice services such as Alexa and Google assistant.

In fact, you can already talk to Cortana using an Alexa smart speaker, and Microsoft is hoping to reach a similar arrangement with Google.

As people grow accustomed to interacting with their devices by voice, it still makes sense for Microsoft to continue developing and supporting a voice assistant… but instead of duplicating the features already available in Alexa and Google Assistant, it sounds like Microsoft may focus on making Cortana the voice interface for Windows, Office, and other apps and services.

Rather than compete in the smart speaker space, where Microsoft is likely to lose, it sounds like the company could focus on letting you use Cortana to do specific things with your computer, or speak to it via Alexa or Assistant to interact with services tied to your Microsoft account.

In case it wasn’t clear, the headline is a play on an old Microsoft strategy that took a very different approach toward competition.