Chip maker Intel’s had a hard time keeping up with demand for some of its processors in recent months, and it look like that could continue for a little while. Speaking during the company’s latest quarterly earnings call, interim CEO Bob Swan suggested that Intel is on track to resolve its “supply constraints” by the end of the second quarter of 2019.

Despite the chip shortages, Intel had a pretty good quarter: revenues, operating income, and earnings per share were all up from the same period a year earlier (although not necessarily by as much as analysts had expected).

One reason for that? Intel’s decision to prioritize high-performance, high-cost chips over value-oriented products while gearing up to make the move from 14nm chips to 10nm later this year. 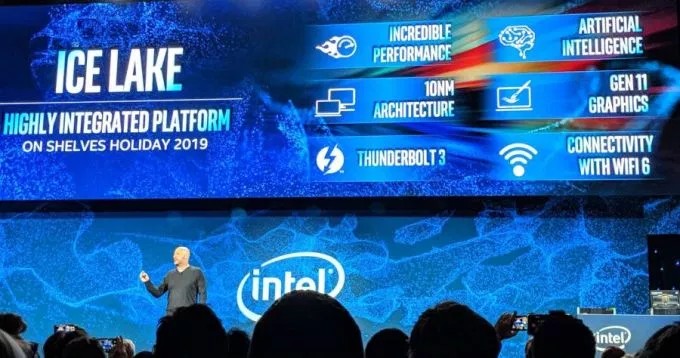 Swan sort of went into this during the earnings call, but he didn’t exactly spell everything out in plain English. Fortunately PC World has a decent translation:

The shortages were and are the most pronounced in the value end of the PC market, as Intel’s strategy is to prioritize Xeon chips for servers—where there are “no shortages,” Swan said—and so-called “big core” products at the high end of the PC market. “Big core” chips like the Core i9 will be prioritized over “small core,” mid-range processors, followed by the cheapest “value” chips.

That helps explain why small companies are having a hard time getting their hands on Gemini Lake processors and are considering AMD chips as alternatives or limiting their production (the way GPD has only promised to sell 2,000 units of their upcoming GPD microPC in the first few months — the company says it doesn’t expect to be able to produce more units until June).

This obviously presents an opportunity for AMD to eat into Intel’s market share for entry-level devices, but aside from a few Chromebooks and Windows laptops, I haven’t heard many announcements about budget computers powered by AMD chips.

9 replies on “Intel expects chip shortage to end by mid-2019, will focus on high-end processors for now”