For much of the past week I’ve been wandering around Las Vegas with my latest mobile reporting kit. That includes an HP Spectre x360 13 inch laptop, a Google Pixel 2 smartphone, a Canon PowerShot SX50 camera, and a few other odds and ends.

So how well did that kit work out covering the 2019 Consumer Electronics Show? 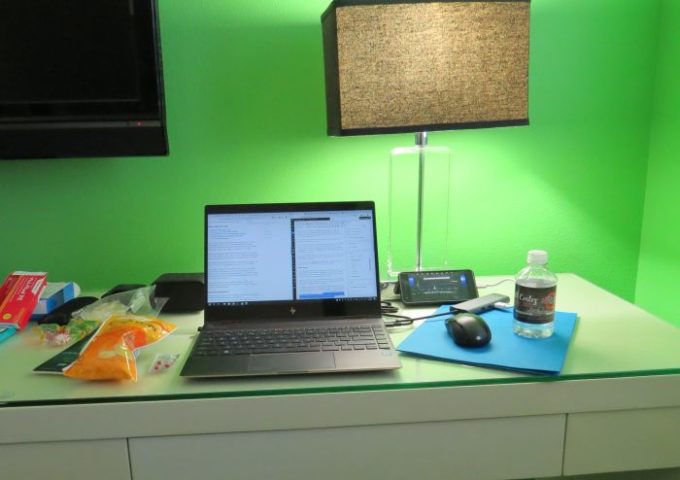 I’d only had the Spectre x360 for about a week before I took it on this trip, but that was enough time to set it up with the apps I use most often when reporting on the go, including Chrome, Irfanview, GIMP, Vidcoder, and LibreOffice.

The machine weighs about 2.8 pounds, has an Intel Core i5-8250U quad-core processor, 8GB of RAM and 256GB of storage and I had no problem using it to crop, resize, and touch up photos, compress videos whenever I had to upload them over a relatively slow internet connection, view the latest press releases, and do all the other things you’d expect a laptop to do.

Better yet, it gets pretty great battery life. Most days I was able to plug the laptop in a few times to keep the battery topped off, but there were a few times when I used it for several hours at a time without stopping to charge, and the battery level rarely dipped below 70 percent.

There are a few down-sides, one of which is specific to my laptop, and another of which could affect anyone who opts for a 2018-era Spectre x360 13t.

The HP Spectre x360 supposed to have a backlit keyboard, but that feature doesn’t work on my laptop. I’m going to send it back to HP for repair next week, but I didn’t have time to do that before heading off on this trip. There was only one time when the lack of a functional backlight was a problem — when I was covering the Intel press conference. In a darkened room, I couldn’t see the keyboard very well, but fortunately I’m a pretty decent touch typists, so once my hands were placed in the right spot I was able to take notes and write an article for the website.

Like I said, that’s not an issue most folks with this laptop would face. The other issues are a little trickier:

Since this is a convertible laptop that you can also use as a tablet, it makes sense to put the power button on the side instead of above the keyboard. But sometimes when I press it, I’m not sure if the computer noticed, because it can take a few seconds for the screen to turn on. The power button glows when the computer is running, but I have to tilt my head to the left to see whether it’s glowing or not.

The fingerprint sensor is on the right side, above the volume buttons. But it can be a little tricky to place my finger in the exact right spot to quickly unlock the laptop. So I’m giving Windows Hello face recognition a try instead. It seems to be working, but for some reason I find the blinking red lights disconcerting, so I might just try to get used to the proper finger placement in the future.

So I used my Zoetouch 9-in-1 USB-C hub a lot. Plug it into the laptop and I’ve got three more USB-A ports, an Ethernet port, a full-sized SD card reader, and a few other options that I didn’t need this week (including HDMI and audio output).

When I’m at home I use the hub as a cheap docking station for connecting a monitor, mouse and keyboard, and other gear that transforms the laptop into a pseudo-desktop.

When I’m at CES, I use it to transfer videos from my phone’s SD card, connect to wired internet networks, and hook up multiple peripherals including USB flash drives and my mouse.

For the second year in a row, I used my Pixel 2 to take most product photos, and my Canon PowerShot SX50 for most videos.

The Canon has better video stabilization, a better microphone, and a 50x optical zoom lens (which was useful during that Intel press conference). But I find that I can generally snap better looking photos with the Pixel 2 — I’m not a professional photographer by any stretch of the imagination, and the Pixel makes it easier to quickly focus and adjust lighting effects.

Photos are also backed up automatically to Google Photos whenever I connect to WiFi, so I can walk into the CES press room and access my photos on my laptop within minutes without bothering to plug in my phone and manually transfer them.

The Pixel 2’s Motion Photos feature also makes it easy to capture short animations and export them as GIFs.

I’ve been using the Pixel 2 for a little over a year at this point and its battery life isn’t quite as good as it was last year. Most of the time I can make it through a full day without charging, but a few times this week the battery level dropped to 40 percent or less before noon. Photography takes a lot of horsepower on this phone.

Since I tend to wander the CES show floor for an hour or two at a time and then head to the press room though, it’s usually pretty easy to top up the battery while I’m blogging.

I never had to use the RAVPower portable battery I brought with me, but I was pretty happy to have it in my bag in case of emergency.

A few years ago I decided upon a strategy for avoiding the CES flu — I don’t shake people’s hands. Hundreds of thousands of people travel to Vegas from around the world and spend time in close quarters during CES and that often proves to be a breeding grown for viruses.

It didn’t work this year. I came down with a pretty nasty cold on Monday night and ended up going through the rest of the week drugged up on a combination of Sudafed, caffeine, and tissues.

My decision to stay at a downtown hotel rather than at one on the Las Vegas strip was a good one… I started doing this last year because the downtown hotels are cheaper during CES. But it also means that it’s easy to walk down the street to the drug store to buy cough drops, cold medicine, and ginger ale.

It takes a little longer to get from my hotel to CES-related events. But it’s a trade-off I’m pretty happy with.

I also got to see a few unusual works of public art on my first day of the trip.

My travel humidifer also comes in handy for helping me breathe better during the night. The air is dry in Las Vegas and before I started packing one I often found myself waking up with a bloody nose.

As usual, my Fitbit tells me I did a little more walking this week than I typically do in Philadelphia — despite having a treadmill at my desk. 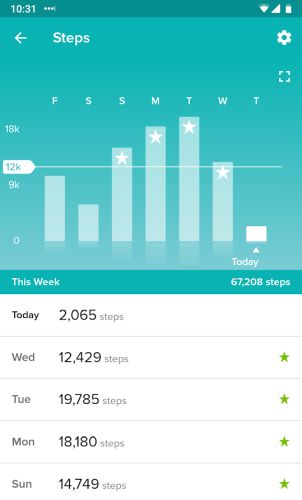 As expected, my Cowin E7 wireless noise-canceling headphones were more comfortable to wear on the cross-country airplane ride than my Samsung Level On headphones (which pinch my ears). But the Cowin headphones rather big and bulky and they’re way too bass-heavy for my tastes. So I left them in my hotel room as I traveled the city and wore a light-weight pair of Mpow Cheetah earbuds to listen to podcasts (and some radio plays) while walking or taking the bus from place to place).

They’re light-weight, only need to be charged every few days, and… don’t offer any noise cancellation, so I sometimes had to pause playback when I was in noisy environments. But they made transit a bit less boring.

Overall I’m pretty happy with most of the choices I made on this trip — except for getting sick. I shouldn’t have done that.