When Asus unveiled the Chromebook Flip C434 last week, the company explained that it would be a 14 inch convertible with a starting price around $570 and support for up to an Intel Core i7-8500Y processor, up to 8GB of RAM, and up to 128GB of storage.

What the company didn’t make clear was the release date. Now Google has filled in the blank: the Chromebook Flip C434 should be available in March, 2019. 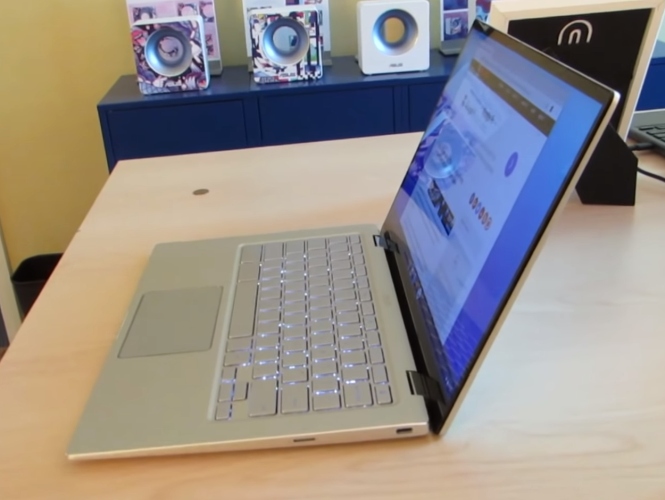 Note that the entry-level model will likely have an Intel Core M3 Amber Lake processor and 4GB of RAM. But that should be enough to set it apart from entry-level Chromebooks with Intel Celeron chips or ARM-based processors.

The notebook features a 14 inch, 1920 x 1080 pixel touchscreen display and a 360 degree hinge and it’s designed to replace the 12.5 inch Chromebook Flip C302 in the Asus Chromebook lineup.

Weighing 3.2 pounds, it’s a bit heavier than its 2.7 pound predecessor, and it’s also a tad thicker (0.6 inches instead of 0.5 inches). I got a chance to check out the new Chromebook Flip at CES last week, and for the most part it feels like a laptop that you can also use as a tablet in a pinch, rather than a tablet with a laptop mode. But with Chrome OS still feeling largely like a laptop-first operating system, that’s probably not a bad thing.

It has a backlit keyboard, USB Type-A and Type-C ports, a headset jack, and a microSD card slot.

The notebook does have power and volume buttons on sides, where they’re easy to reach in tablet or notebook mode.