Most devices that ship with Google’s Android operating system are smartphones or tablets with touchscreen displays and ARM-based processors. But for years the folks at the Android-x86 project have been porting Android to run on computers with Intel or AMD chips.

This week the team released the first stable build based on Android Oreo. 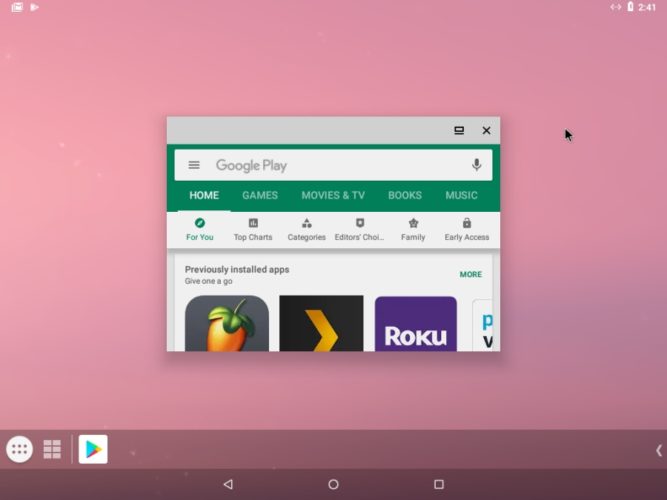 The latest update has been in the works for a while — I reported on an Android-x86 8.1 release candidate last June. But the stable release should be more reliable and it brings all the new features you’d expect from Android 8.x Oreo including autofill and text selection improvements, picture-in-picture support, and downloadable fonts.

Android-x86 8.1 is available in 32-bit and 64-bit versions and it supports secure boot and UEFI. I’ve only tested it in a virtual machine so far, but theoretically you could use the disk image to install Android on your computer’s built-in storage and dual boot Android and Windows (or another OS) on the same computer.

Android-x86 8.1 also includes two different launchers — a standard Android launcher and Taskbar, an open source launcher that makes Android function a bit more like a desktop operating system with a taskbar, menu, and support for running apps in freeform windows that you can resize and move.