The Acer Swift 7 was already a ridiculously thin and light laptop, and now Acer is kicking things up a notch with a new model that measures less than 0.4 inches thick, weighs less than 2 pounds, and features a fanless design.

The new Acer Swift 7 (SF714-52T) should hit select markets including China and Europe in April. It will be available in North America starting in May. But it won’t be cheap prices are expected to start at $1,699. 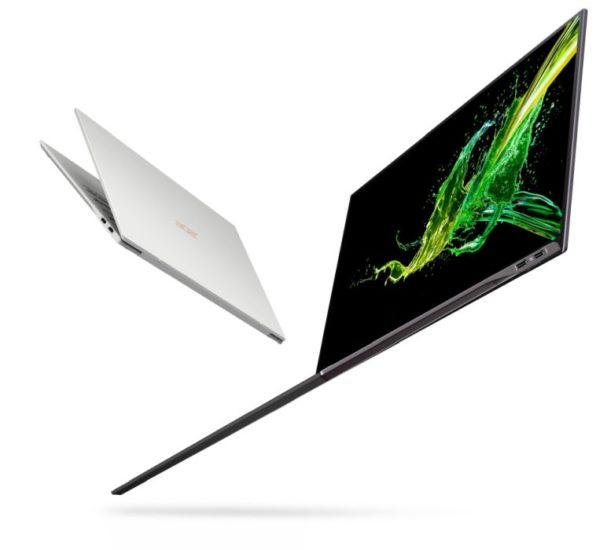 Under the hood, the laptop is powered by an Intel Core i7-8500Y processor, which is a 5 watt, dual-core processor with support for turbo speeds up to 4.5 GHz. While it’s not exactly going to win any gaming or video editing races against a system with a 15 watt or higher chip, it should be good enough for most day-to-day tasks.

But you’re not so much paying a premium for performance with a machine like this as you are for design.

The new Swift 7 has a 14 inch, 1920 x 1080 pixel touchscreen display covered with 100 percent sRGB color gamut and 300 nits of brightness. It’s covered with Corning’s Gorilla Glass 6, as is the laptop’s touchpad.

Acer says the notebook has a 92 percent screen-to-body ratio thanks to its slim bezels.

The chassis is made from magnesium alloy, which the company says is lighter, but more durable than aluminum alloys at the same thickness. The company also applied an oxidation finish to make the computer’s body feel like ceramic.

Acer will offer the Swift 7 with up to 16GB of LPDDR3 RAM and up to 512GB of PCIe solid state storage. And the notebook features two Thunderbolt 3/USB Type-C ports, a headset jack, and support for 802.11ac WiFi and Bluetooth 5.0.

If you were hoping for any full-sized USB, HDMI, or Ethernet ports, this is probably not the laptop you’re looking for.