Smartphones with notches in the display are old hat… and now phone makers appear to be in a race to bring the first phone with a hole in the display to market.

Huawei and Vivo are both expected to announce smartphones this month with holes in their displays for the front-facing camera. And after teasing a similar design last month, it looks like Samsung plans to adopt the hole approach soon. 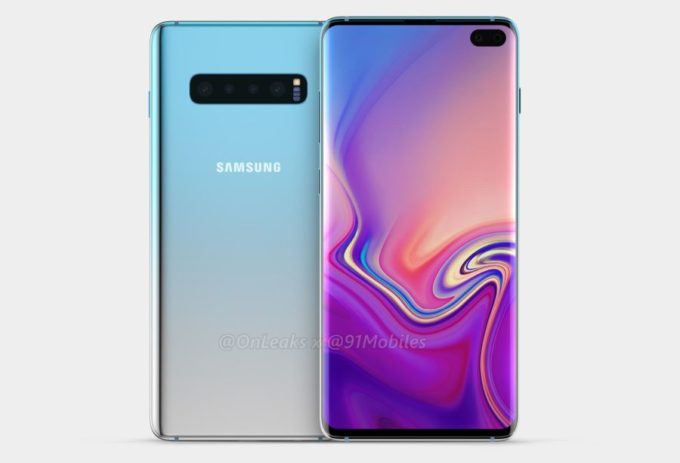 A few different images are making the rounds. Samsung hasn’t officially confirmed them, so there’s a chance these pictures could be inaccurate or that Samsung could make some changes before it ships the phone.

But if you believe the leaks, what we’re looking at is a phone with a hole in the upper right corner of the display that’s large enough to fit two cameras.

In fact, it looks like the phone has a total of six cameras: two on the front and four on the back.

But what looks strange is a display that warps around the camera hole. There’s really no practical purpose to the tiny sliver of display above the camera cut-out. You can’t fit status bar notifications into that space. And any videos, photos, or other items shown on the display will just have a hole cut out of it unless Samsung implements a status bar the extends to the bottom of the hole… in which case, why not just stick with a notch or a bezel?

Anyway, with multiple companies working on hole-punch designs, it looks like this is going to be a trend in 2019, for better or worse. I guess if the phones sell well this design might stick around and if they don’t…. it won’t. But I wonder if whatever comes next will make any more sense.

On the bright side, rumor has it that the Galaxy S10 Plus will still have a headphone jack.

11 replies on “Samsung Galaxy S10 Plus leaked: Dual front cameras make a hole in the screen”