NAS devices these days are much more than a convenient place to store and share files on your network. They’re packed with advanced functionality. They can also be noisy, because cramming multiple hard drives into a small enclosure typically makes fans a necessity.

That’s generally not the kind of device you’d want to put in your entertainment center. QNAP’s HS-453DX is different. It’s built to be seen and not heard.

The HS-453DX is a sleek, compact unit. Most importantly, it’s completely fanless. It features a pair of 3.5-inch bays that support Seagate’s massive 14TB hard drives (among numerous others) and two M.2 slots for additional SSD capacity. 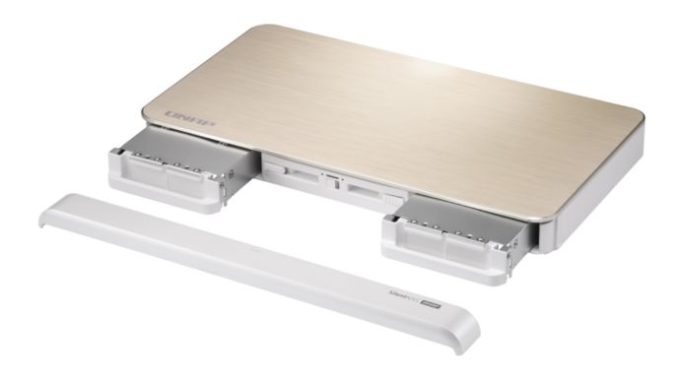 While they can only add another 2TB of extra space for your files the extra performance they offer might come in handy. QNAP recommends sticking to 5400RPM HDDs to keep heat under control, and those aren’t the kind of drives you’d want running virtual machines or a full-blown Linux OS. Yes, those are both things you can do with the HS-453DX. 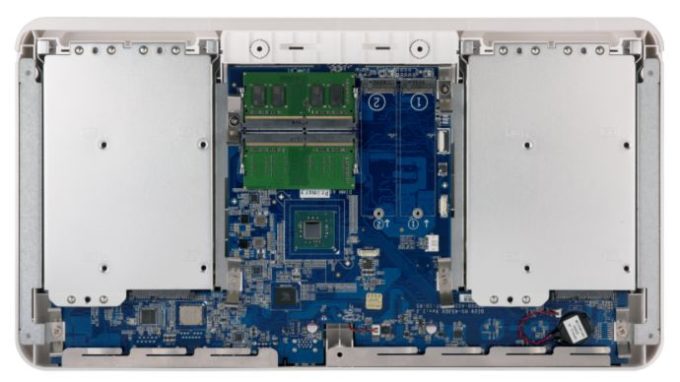 Spin the box around and you’ll find a bevy of ports. The 453 has two USB 2.0 and three USB 3.0 (2 type A, 1 C) ports, 10G and gigabit Ethernet, two 3.5mm audio inputs and one output, and dual HDMI outputs. QNAP has smartly equipped the 453 with an IR sensor so that you can control it with a remote instead of a mouse or keyboard. WiFi connectivity is not included but QNAP does support several USB adapters in case you want to go that route.

There are actually two different models of this NAS, the HS-453DX-4G and -8G. Both are powered by the same Intel Celeron J4105 quad-core 1.5 GHz chip. The difference? One ships with 4GB of RAM and the other has 8GB. You’ll want to opt for the latter if you plan to run VMs or Linux on it.