Samsung’s hardly the only company working on smartphones with hole-punch displays. Huawei sub-brand Honor has just unveiled its first phone with a tiny hole in the screen for front-facing camera.

But it’s the rear camera on the Honor View 20 which may be more interesting — it’s a 48MP camera with a Sony IMX586 image sensor. 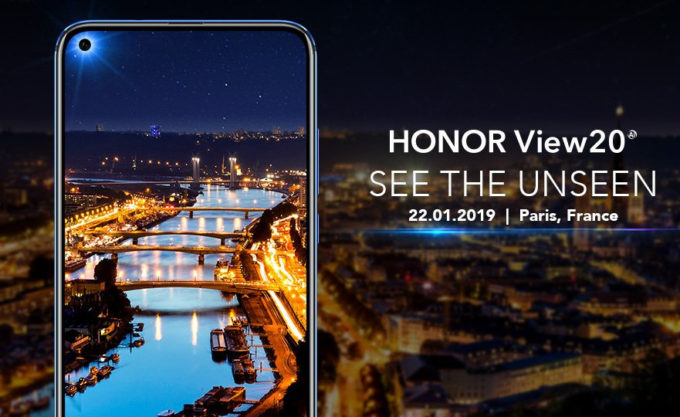 That’s the highest-resolution camera for any smartphone to date, as far as I’m aware… although others have come close. The Huawei Mate 20 Pro has a 40MP camera, and Nokia was making phones with 41MP cameras 6 years ago.

Photography isn’t just about megapixels these days, but the Honor View 20 is also said to support a new artificial intelligence-enhanced HDR mode thanks to dual neural processing units in the phone’s Kirin 980 processor.

There’s also support for shooting high-quality 12MP photos in low-light settings, or you can shoot full-res images and crop them instead of using digital zoom. So it’s not surprising that, like Google’s Pixel phones, the Honor View 20 has a single high-quality rear camera rather than multiple camera lenses.

The Honor brand also tends to be a little more affordable than Huawei’s flagship phones sold under its own name, so maybe the single-camera solution was a way to keep costs down.

Huawei/Honor is also unveiling a new technology called “Link Turbo” that the company says will enable the phone to use WiFi and 4G LTE connections simultaneously.

More details should be available later this month, when the phone will officially be unveiled in China ahead of a global launch scheduled for January.

Introducing our #HONORView20‘s All-View Display that packs an incredible in-screen camera at just under 4.5mm in diameter! It is just one of the many features packed in this next-generation flagship device. Stay tuned to our global launch in Paris on 22 Jan for more surprises! pic.twitter.com/R5cLULCsqB