Now that Microsoft has announced that future versions of Edge web browser will be based on Google’s Chromium, Firefox is pretty much the only major browser to use a dramatically different web rendering engine.

Opera used to use its own Presto engine before switching to Chromium and Blink. Edge currently uses EdgeHTML, but Microsoft is moving to Chromium/Blink. And Blink itself is a fork of WebKit… the rendering engine used by Apple’s Safari.

All of which is to say that while Firefox seems to have a shrinking market share, it’s good to see Mozilla continuing to crank out new versions of its web browser with the Gecko rendering engine.

The latest build is out today, and Firefox 64 introduces a few key new features. 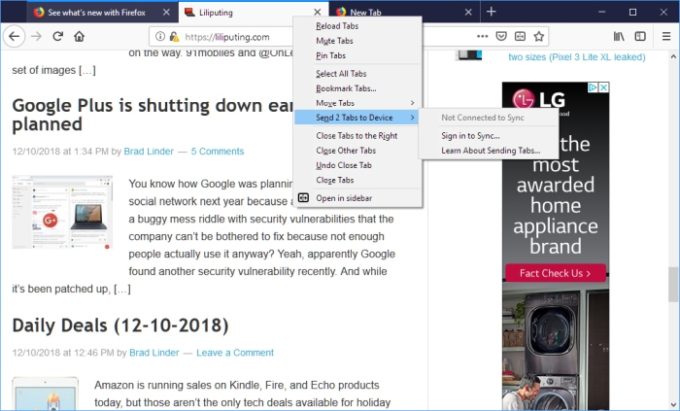 First is support for organizing multiple tabs at the same time. Ctrl+click the tabs you want to interact with and then when you drag the tabs left or right they’ll move as a group. You can also close all selected tabs at once this way, restore previously-deleted tabs, or send tabs to a mobile device.

Mozilla has also introduced a new Contextual Feature Recommender, or CFR, which will suggest plugins and other features that may be relevant based on the way you use the browser. This works without sending your browser history to Mozilla.

Typing “about:performance” (without the quotes) into the URL bar will also now show you the “energy impact” of different browser tabs to help you figure out which websites are taking the greatest toll on your laptop’s battery life (or your desktop’s energy bill). 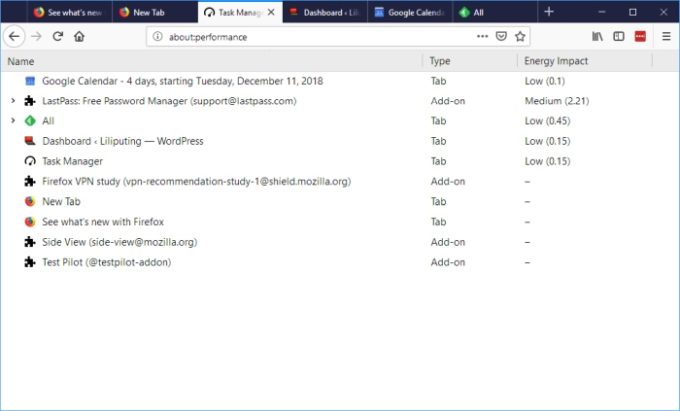 Firefox 64 also offers performance improvements for Linux and Mac users with support for link time optimization using Clang LTO (which was already made available to Windows users in the latest release) and support for removing add-ons using the context menu that pops up when you right-click their toolbar buttons.

10 replies on “Firefox 64 gets new features for tabs, context menus, and more”