Less than half a year after launching its first gaming smartphone, Nubia is getting ready to release a second.

The follow-up to the Nubia Red Magic is called the Red Magic Mars and it has a faster processor, a new cooling system, and more RAM: the new phone will be one of the first to support up to 10GB of memory. 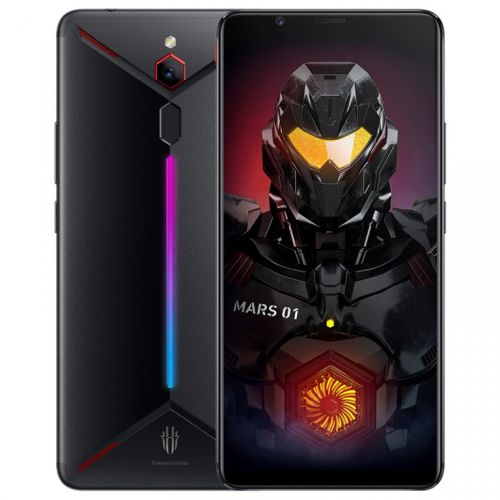 Each version has a 6 inch, 2160 x 1080 pixel IPS display, stereo speakers, a vibration motor for haptic feedback, and touch-sensitive spots on the sides of the phone that work like shoulder buttons. There’s also an LED light strip on the back of the phone because… gaming hardware, I guess.

Under the hood there’s a dual heat pipe cooling system and the phone is powered by a Qualcomm Snapdragon 845 processor (an upgrade from the Snapdragon 835 chip used in the original Red Magic phone).

The phone has a USB Type-C port and no built-in headphone jack, but Nubia will offer optional accessories including a charging adapter that includes a 3.5mm audio port and a digital audio converter that lets you use wired headphones. Other accessories include a headset and Bluetooth game controllers.

Other features include a 3,800 mAh battery, a 16MP rear camera, and an 8MP front-facing camera. The phone will ship with Android 9 Pie.

There’s no word on if or when these phones will be available internationally, but here’s the Chinese pricing: