With a starting price of $399, the Surface Go is currently the smallest, most affordable tablet in Microsoft’s Surface lineup. But that entry-level model has just 4GB of RAM, 64GB of storage. Adding beefier specs increases the price: an 8GB/128GB model sells for $549.

It goes up for pre-order starting today and Microsoft says the Surface Go tablet with LTE Advanced should be available in 23 markets by November 22nd. 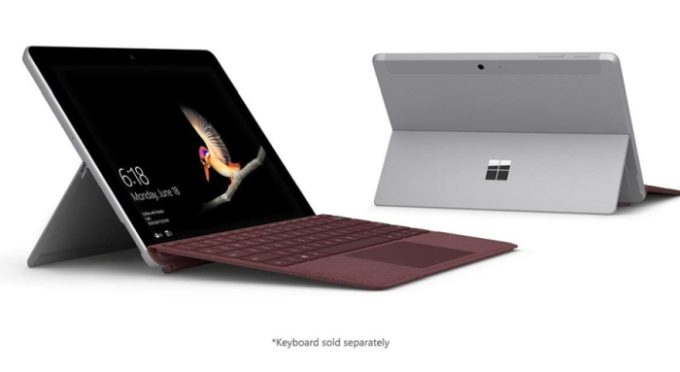 The tablet weighs about 1.2 pounds, measures about a third of an inch thick, and has an 8MP rear camera and 5MP front-facing camera and support for Windows Hello face recognition for password-free logins.

Microsoft sells the optional Surface Pen and Surface Go Type Cover separately, so the price of a fully decked-out tablet + accessories could exceed $900… which seems like kind of a lot of money for the least powerful members of the Surface family.

Then again, that’s roughly the starting price for a 12.3 inch Surface Pro 6 tablet without LTE support or any accessories.

There’s no word on if or when Microsoft will offer a 4G LTE version of the Surface Go with less memory or storage.