Features that used to be exclusive to high-end smartphones have a habit of making their way to mid-range and budget devices pretty quickly these days.

Case in point: About four months after Oppo launched the first smartphone with front cameras that slide out from behind the screen, Lenovo is bringing a similar feature to a phone that sells for less than half the price.

The Oppo Find X sells for about $755 and up in China. The Lenovo Z5 Pro has a starting price of $290. You probably won’t find it outside of China anytime soon though. 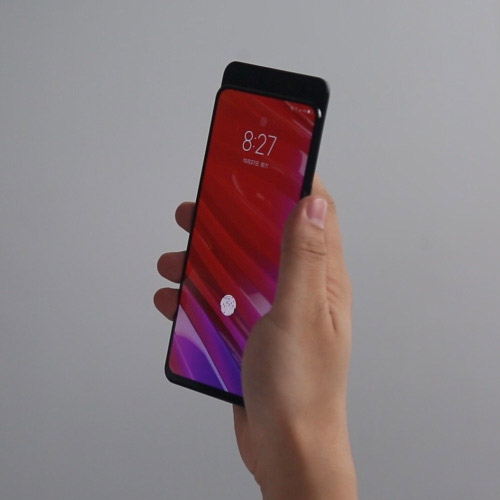 That’s particularly impressive when you look at the rest of the phone’s specs — it’s not just the slider that makes this handset seem like a bargain.

If there’s one feature that makes it clear that this phone isn’t in the same class as higher-priced sliders like the Oppo Find X, Honor Magic 2, and Xiaomi Mi Mix 3, it’s probably the processor: the Lenovo Z5 Pro has a Qualcomm Snapdragon 710 processor instead of a more powerful chip like the Snapdragon 845.

Engadget noticed at least one other strange thing about the phone: the earpiece speaker is between the selfie camera and infrared camera. That means the earpiece is tucked away behind the screen unless you slide out the cameras — so every time you make or take a call, you’ll need to slide down the screen to reveal the earpiece.