Google’s first Chrome OS tablet is coming soon by for $599 and up. But Google hasn’t said exactly when you’ll be able to get your hands on the Google Pixel Slate, just that it’ll hit the streets by the end of the year.

While you’re waiting, you can check out the user manual though… courtesy of the FCC. 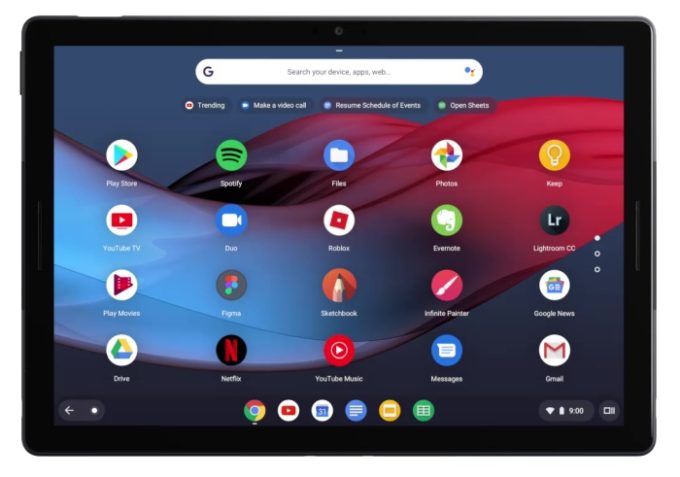 A listing for the tablet showed up at the FCC website earlier this week, where it was spotted by the folks at Chrome Unboxed. I wouldn’t necessarily take that as a sign that the tablet is ready to ship — sometimes products hit the FCC months before they go on sale, and some items that show up at the website never launch.

That said, it has to be approved by the FCC before it can go on sale in the United States, so I guess this is a step in the right direction.

There aren’t any real surprises in the FCC documentation. It confirms that the tablet has a 12.3 inch, “molecular display” with 6 million pixels, support for up to 12 hours of battery life, and an optional C1AK keyboard, sold separately.

But we already knew that from the Google Store listing.

Anyway, whenever the tablet does go on sale, you’ll be able to choose from the following prices/configurations: