A handful of phone makers have released models with support for modular add-ons in the past few years, with limited success. It’s unclear if modularity is going to continue to be a feature in the future… but it’s always nice when an existing device lives up to its promise.

When Essential launched its first smartphone last year, the company included pins on the back of the phone that would allow you to attach optional modules.

At launch, there was only one available — a 360-degree camera. And it stayed that way for over a year. 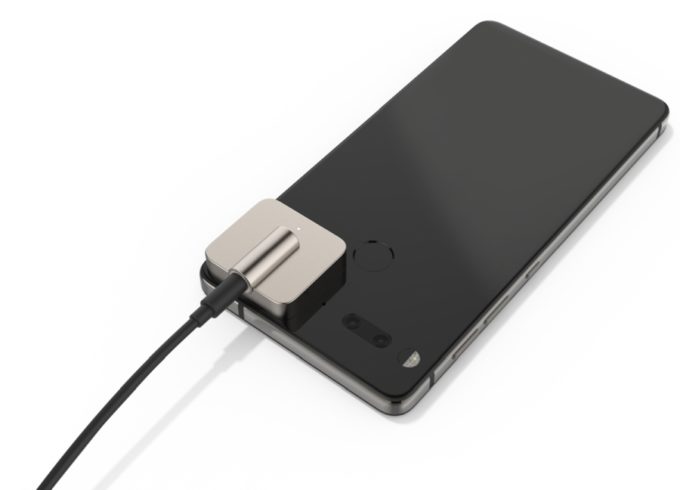 Not only does the adapter add a 3.5mm headphone jack to a phone that wouldn’t otherwise have one, but it also features a high quality ES9218Pro DAC (digital audio converter) with support for 24-bit, 96 kHz input and rendering of up to 32-bit, 384 kHz sound.

Theoretically you could probably get similar features by investing in an expensive pair of USB-C headphones. But the adapter lets you use any headphones you may already have, while leaving your USB port free for charging or data transfer.

It’s unclear if or when we’ll see any other modular add-ons for the Essential PH-1 smartphone. The company’s been struggling a bit recently and recently laid off about a third of its workforce.

On the other hand, maybe that means there’s more reason than ever to continue developing new products that add features to the original Essential phone rather than focusing on the expensive and time-consuming work of developing a second-gen phone.

Anyway, modularity has a bit of an iffy track record. Google canceled its Project Ara effort to design an entirely modular phone. LG released one phone that was capable of supporting modules, and then scrapped the idea with its next phone. RED’s Hydrogen One smartphone has pins for add-on modules, but the company hasn’t announced any modules yet.

The one stand-out might be Motorola’s Moto Z line of phones, which support a range of add-ons including speakers, batteries, and even projectors. That company’s commitment to modular phones is also an open question.