We knew they were coming. Now they’re here. The first two smartphones with 10GB of RAM have been announced, and I doubt they’ll be the last.

For what it’s worth, it looked like Oppo would be the first company with a 10GB smartphone, but Xiaomi seems to have won the race. Earlier this week the company’s subsidiary Black Shark announced that its Black Shark 2 gaming phone would be available with up to 10GB of RAM. Now the Chinese phone maker says you’ll also be able to buy the new Mi Mix 3 smartphone with up to 10GB of RAM.

That’s more memory than I have in my laptop.

Do you need a phone with that much RAM? Probably not. But I guess it’s nice to know you can buy one if you want one. 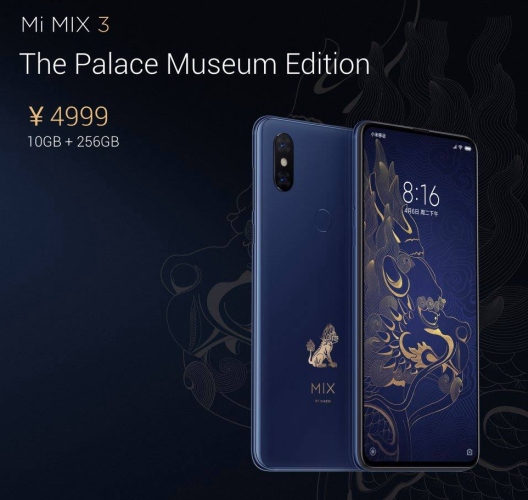 A number of high-end Android smartphones with 8GB of RAM are already available. But it’s interesting to note that Google’s Pixel 3 devices only have 4GB — the company that makes the software that runs on most of the world’s smartphones figures that you probably don’t need more memory than that in a phone that sells for $799 and up.

Apple’s latest iPhones also have just 4GB of RAM, but that’s a sort of Apples to Bananas (or Googles) comparison, since iPhones run different software that handles memory differently than Android.

Anyway, the point is that right now there are no Android applications I’m aware of that require more than a few gigabytes of RAM to run properly. Adding a little extra memory can certainly make a phone feel faster, especially since it will allow more apps to remain in active memory longer. That means when you’re switching between applications, you might not have to wait for an app you haven’t looked at in a while to reload from scratch rather than instantly resuming from where you left off.

But in 2018 I doubt most users will see much real-world difference between a phone with 8GB of RAM and one with 10GB.

In the future that could change. As more phones with enormous amounts of memory hit the market, we may start to see developers take advantage of the additional RAM. But it probably won’t happen until the trend is more widespread. For the most part developers want to make sure their apps can run on as many phones as possible, which means targeting devices with far less memory and storage and far slower processors than the latest flagships.

So go ahead and buy a 10GB phone if you want the bragging rights and have some extra money to burn. It might even be slightly more future-proof than a model with 8GB of RAM. But with most modern Android phones only receiving 2-3 years of support and software updates, I suspect by the time you need a phone with 10GB of RAM your Mi Mix 3 or Black Shark 2 will be practically obsolete.

Incidentally, Xiaomi may not be the only company with 10GB phones for long. Nubia is launching its Red Magic 2 smartphone tomorrow and it looks like that phone will also support up to 10GB of RAM.