Windows Phone is pretty much dead at this point. But if you happen to have an old device running Windows 10 Mobile or Windows Phone 8 you might be able to breathe a little extra life into it by using a tool called WPInternals that lets you jailbreak/root the device and modify key portions of the operating system.

Now the developer behind WPInternals has released the source code for version 2.6 in hopes of encouraging other developers to work on the project.

You can find the WPInternals source code at github. 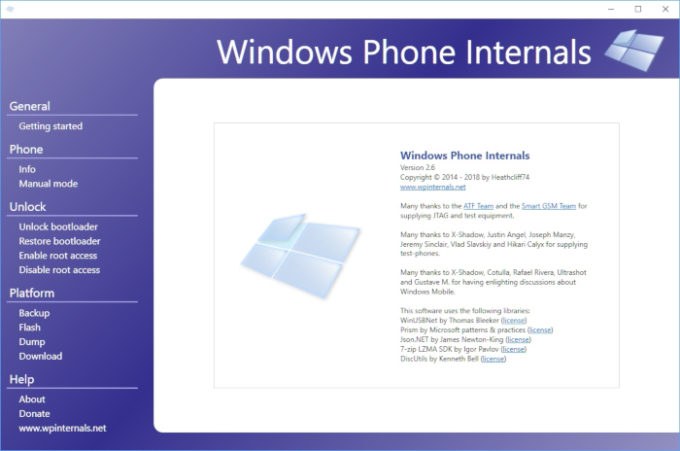 The latest version of WPInternals supports a number of Lumia smartphones, giving you access to files and settings that are normally unavailable.

It also opens the door for custom ROMs and alternate operating systems — although the processors on these old phones may not be fast enough to handle some of the software you might want to install and there are no publicly available drivers to do things like turn a Lumia Windows Phone device into a fully functional Android handset.

But that hasn’t stopped folks from doing crazy things like installing Windows 10 for ARM on Lumia 830 or Windows RT on a Lumia 640 XL.

The developer of WPInternals says he hasn’t had much time to continue development of the tool lately, which is part of the reason for making it open source. He plans to upload some development tools to Github soon as well.