Sony’s PlayStation Classic is a small game system that looks like a classic PlayStation game console, only smaller. It launches December 3rd and it will sell for $100.

Unlike the original, the new model features an HDMI port that will let you hook it up to modern TVs… but it’s 45 percent smaller than the original and lacks a CD drive.

Instead the PlayStation Classic will come with 20 games pre-installed.

We’ve known all that since Sony announced the PlayStation Classic last month. But at the time we didn’t know which games would be included. Now we do. 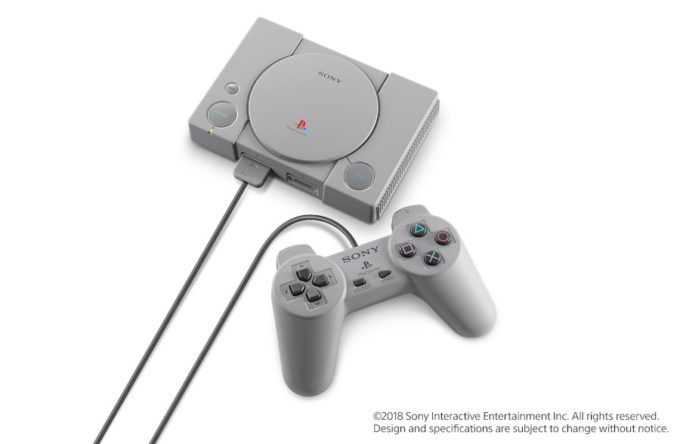 The company has released the full game list and it includes a bunch of popular titles, although there are certainly some classics that didn’t make the cut (where’s Wipeout?)

It’s also worth noting that these are the classic games — there are high-res remakes of some of the titles on the list, but that’s not what you’ll get here.

It remains to be seen whether you’ll be able to hack the PlayStation Classic and sideload ROMs the way you can with some other retro consoles. But $100 doesn’t seem like a bad price at all for a game console, two controllers, and 20 games that would have cost a lot more than that if you’d bought them all individually two decades ago.