A year after introducing its first Windows Mixed Reality Headset, Samsung is back with version two.

Like the Samsung Odyssey headset that was announced last year, the new Samsung HMD Odyssey+ features dual 1440 x 1600 pixel AMOLED displays, a 110 degree field of view, and support for refresh rates up to 90 Hz.

But the company says the new model has improved display technology that reduces pattern noise and offers “a perceived PPI of 1,233” to reduce the screen door effect and create a better mixed reality experience. 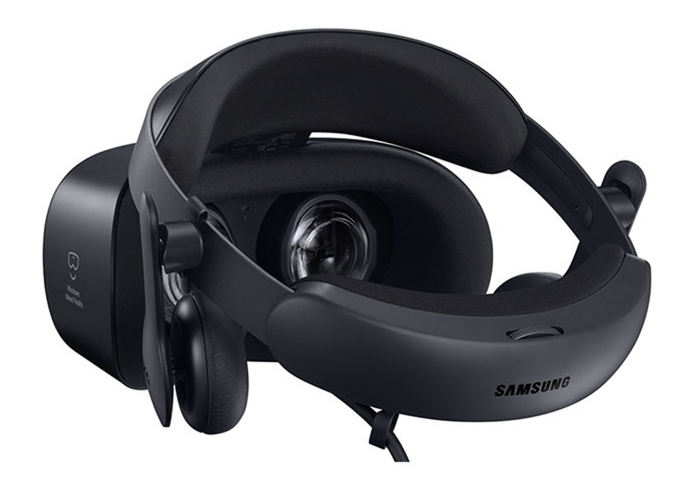 The so-called screen door effect occurs when you take a normally sharp display and add lenses that adjust the focal distance so that you’re getting a really close look at the screen. Put your high-resolution smartphone into a Google Cardboard or Daydream headset and you’ll definitely see the lines separating one pixel from another, for example. That can make the experience of watching videos, playing games, and interacting with virtual environments a lot less immersive than it would be without the screen door.

Samsung’s press release doesn’t provide many details about how its new technology combats that problem without actually increasing the pixel count. But the company has come up with a clever name for the new technology “Anti-Screen Door Effect,” or “anti-SDE Display.”

The new headset also includes 360-degree spatial audio, the ability to use the headset’s built-in cameras to get a look at the real world without removing the headset by using a handheld wireless controller as a “flashlight,” and new options for adjusting the headset so it rests comfortably on your head and has the correct inter-pupillary distance for your eyes.

The Samsung HMD Odyssey+ is available starting today for $500. That makes it one of the most expensive headsets designed for Microsoft’s Windows Mixed Reality platform, but at least it’s not any more expensive than last year’s model.