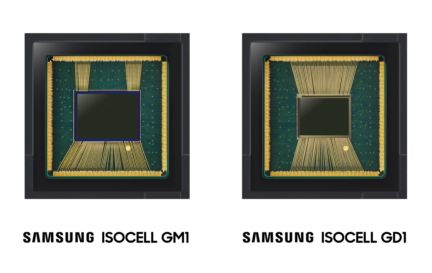 Both sensors feature 0.8 micrometer designs, allowing cameras to capture more pixels without taking up much space. But they also both use Samsung’s latest pixel isolation technology for improved performance and the ability to combine data from multiple pixels to capture more light when you’re shooting an 8MP or 12MP image.

Samsung says that feature allows the sensors to offer the same level of light sensitivity you’d expect from an image sensor with 1.6 micrometer pixels.

Other features include support for electronic image stabilization, and real-time high dynamic range processing for still photos and videos.

There’s no word on which phones will make use of the new camera sensors, but I wouldn’t be surprised to see them in the Galaxy S10 when Samsung unveils it early next year.

Samsung isn’t the first company to offer a smartphone with such a high pixel count. Sony recently introduced its own 48MP image sensor. Huawei’s latest flagships have 40MP cameras. And Nokia’s Lumia 1020 smartphone packed a 41MP camera when it was release way back in 2013.