LG’s next premium smartphone features high-end specs, and a high-end price tag. The LG V40 ThinQ will sell for about $900 and up when it goes on sale October 18th. 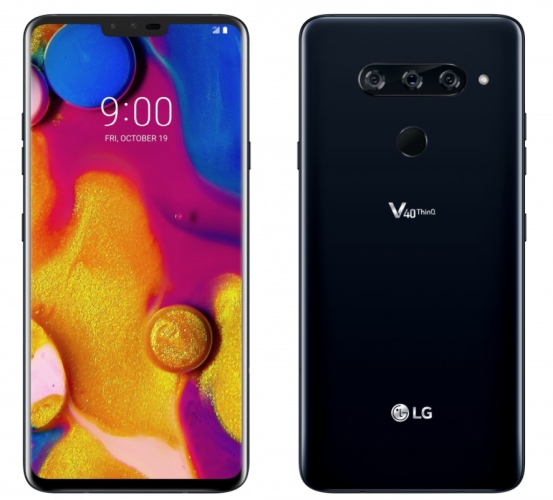 The headphone jack might have something to do with the included 32-bit QuadDAC which should supply high quality audio through a wired connection. Despite the focus on audio quality, the phone has just a mono speaker though.

It’s the cameras that are clearly the star of the show though. As expected, each of the rear cameras serves a different function:

The cameras allow you to take standard, wide-angle, or zoom photos. But you can also use the camera app to apply depth effects including blurred background or selective monochrome.

LG has also added “Cine Shot” support, allowing you to shoot cinemagraphs, or short videos where the background moves while the foreground remains static.

There are also two cameras on the front of the phone:

You can use the dual front cameras for portrait-style photos with a blurred background or to apply lighting effects.

The LG V40 ThinQ also features IP68 water and dust resistance, support for the Qi wireless charging standard, and a fingerprint sensor on the back of the phone.