HP is giving its Spectre x360 line of convertible notebooks a makeover — both in terms of design and performance.

The company says the 13 and 15.6 inch models offer longer battery life and better performance than their predecessors, optional support for 4G LTE with Gigabit speeds, and a new design that comes in a choice of “dark ash silver with copper luxe accents” or “poseiden blue with pale brass accents.”

The new laptops should be available in November. 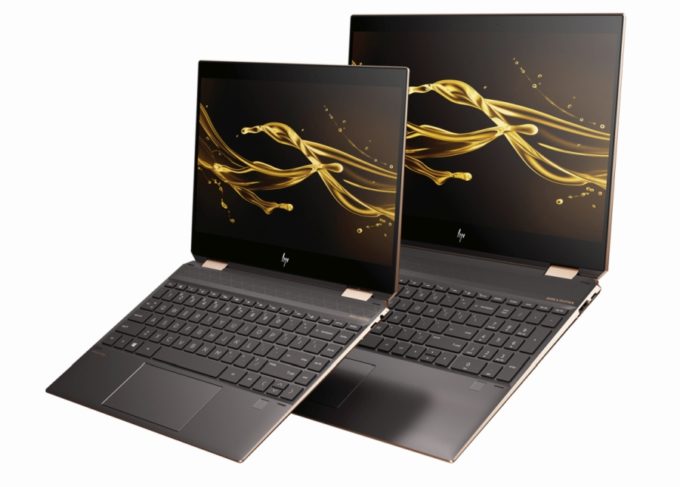 It’s available with up to a Core i7-8565U processor, 16GB of DDR4-2400 RAM, and 512GB of PCIe NVMe solid state storage. And the notebook features quad speakers, a backlit keyboard, a fingerprint scanner, and a Windows-hello compatible IR camera.

HP says you should be able to get up to 22 hours of battery life from the laptop’s 61 Wh battery. It’d take that claim with a few dozens grains of salt, since PC makers have a habit of quoting the most generous battery tests they can. But HP claims the notebook has the “world’s longest battery life in a quad core convertible,” so it seems the company is pretty confident that you’ll at least get reasonably good battery life.

The company says the 2018 model of the HP Spectre x360 13 gets up to 37 percent longer battery life than last year’s model, and offers up to 13 percent better graphics performance.

HP has also added a physical kill switch for the camera, allowing you to disconnect it when it’s not in use. And the laptop has HP SureView technology which lets you limit the viewing angles for the display with the press of a button in order to keep people from reading private items over your shoulder.

The new HP Spectre x360 15 is priced at $1390 and up and it has a larger display, a numeric keypad on the right side of the keyboard, discrete graphics, and a few other features that aren’t available in the smaller model. 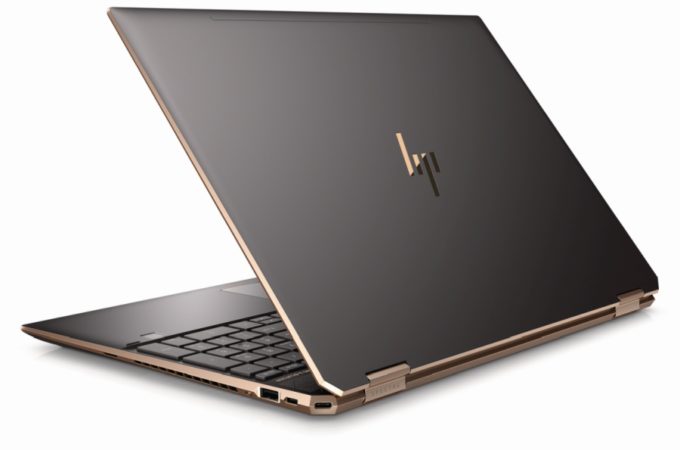 The notebook features an HDMI 2.0 ports along with USB 3.1 Type-A, USB 3.1 Type-C, and Thunderbolt 3 ports and a headset jack and microSD card reader.