Chromebooks have been shedding their reputation as cheap, low-power devices for the past few years. While some models certainly qualify, PC makers have also been following Google’s lead by bringing premium Chromebooks to the market.

The latest example? The new HP Chromebook x360 14 features a full HD touchscreen display, up to an Intel Core i5-8250U quad-core processor, 8GB of RAM, and 64GB of storage.

It goes up for pre-order today for $599 (for a model with a Core i3-8130U dual-core processor), and the Chromebook x360 14 should be available from HP.com and Best Buy starting October 21st. 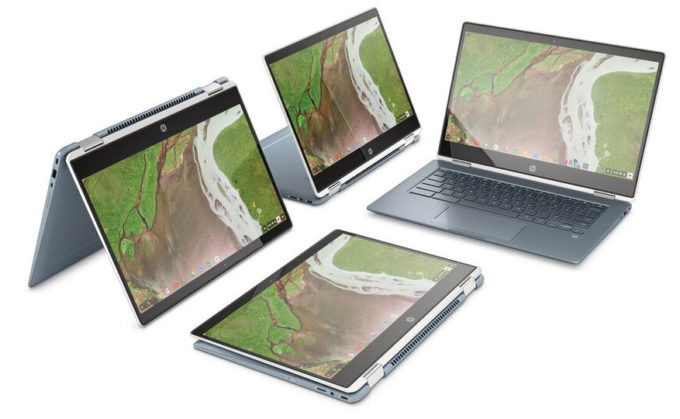 Chromebooks have become more capable in recent years thanks to the growing number of web apps and the maturation of Chrome OS. It probably helps that Google has added support for running Android apps and Linux desktop apps to recent Chromebooks.

Chromebooks have also become popular options for schools thanks to Google’s security and management features. And since many young people may use a Chromebook in the classroom as their first computer, it makes sense for PC makers to offer higher-powered Chrome OS laptops for folks who want to graduate to the next level but aren’t keen on switching to Windows OS X, or Linux.

Customers who buy the HP Chromebook x360 14 will also get 100GB of Google Cloud storage for free.

HP says the laptop will be available in two color options: “ceramic white” and “mist blue” with a matte finish. Note that the laptop doesn’t actually use ceramic materials. The company just says the white model has a ceramic-like finish.