The Honor 8X is a smartphone with a big display and a small price tag. First launched in China last month, Huawei is now giving the budget phone a global launch.

It will be available in the United States soon. Exact pricing and availability details haven’t been announced yet, buy the phone sells for around $200 and up in China.

Update: The Honor 8X will be available starting October 3rd for €249 and up in parts of Europe. It will launch in other countries later this year. 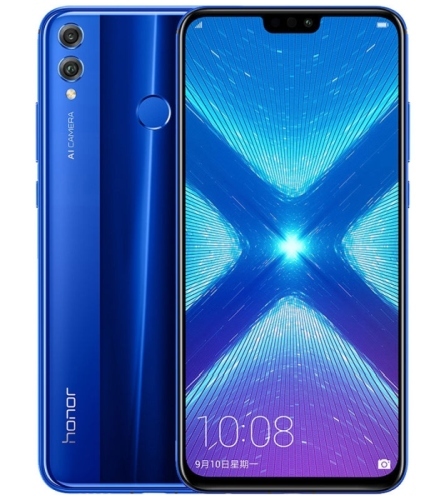 The smartphones features a 6.5 inch, 2340 x 1080 pixel display with slim side and bottom bezels and a notch in the top of the display around the 16MP front-facing camera.

It’s powered by a Kirin 710 octa-core processor and the phone features a 3,750 mAh battery. The starting price will get you a model with 4GB of RAM and 64GB of storage, but Huawei will also offer models with up to 6GB of RAM and up to 128GB of storage.

The phone also has dual SIM support plus a microSD card slot with support for up to 400MB of removable storage.

On the back of the phone you’ll find a fingerprint sensor and a dual camera system featuring a 20MP primary camera and a 2MP secondary camera.

The phone has a metal frame and a glass body and Huawei will offer black, blue, and red color options. Each features a 15-layer design so that the colors shift when you view the back of the phone from different angles. 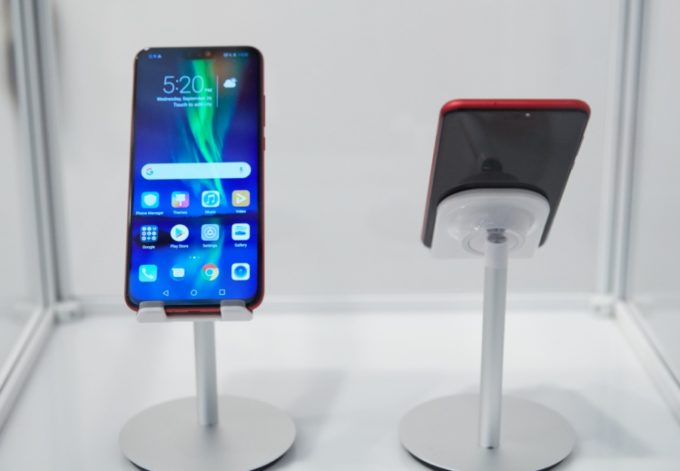 When Huawei launched the Chinese version of the Honor 8X, the company also introduced a larger version called the Honor 8X Max. That model has a 7.1 inch, 2244 x 1080 pixel display, a 5,000 mAh battery and Qualcomm Snapdragon 636 or Snapdragon 660 processor options. There’s no word on if or when Huawei plans to offer the Max model in the US.

Update: Huawei hasn’t announced the US price or launch date for the phone yet, but here’s some European info: