Google’s Android operating system already has some built-in accessibility features designed to make it easier for people with disabilities to use their phones. But for the past few years Google has been beta testing a new app called Voice Access which makes it much easier to use an Android phone without touching it.

Now Voice Access is out of beta and available for anyone to download from the Google Play Store. 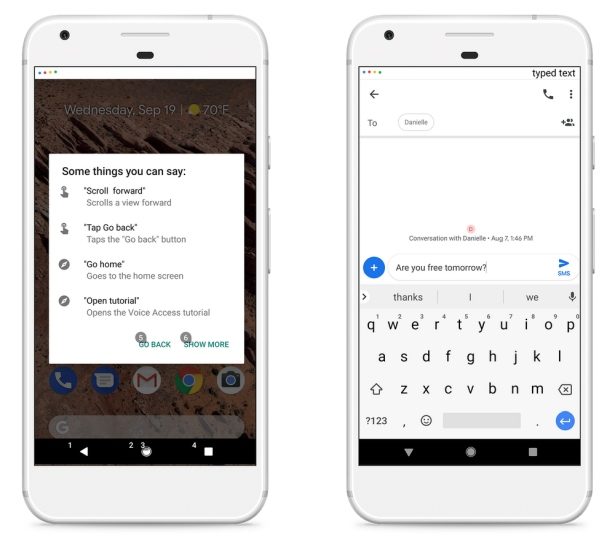 The app lets you perform many basic tasks just by talking to your phone. For example, you can launch an app by saying “OK Google, open <app name>” and once the app is open you’ll see numbers next to different fields in the app.

There are also commands to emulate gestures, including “scroll left,” or right, up, down, to the top, or bottom, “swipe” forward or backward,” and “tap.”

When you’re entering text, you can say things like “insert <word or phrase> before <word or phrase>” to edit text, or use voice commands to delete or replace words, phrases, selected text, move the cursor to a specific position, or change capitalization, among other things.

You may notice that the “OK Google” hotword is the same one you’d use to launch Google Assistant. That’s not by accident. The idea is that you can use Voice Access and Assistant together to navigate your phone, set reminders, get answers to questions, and more.

While Voice Access is designed to help people with physical disabilities use their phones more easily, it could also come in handy for anyone that wants hands-free control of their phone from time to time.