This week the developers behind the operating system released Elementary OS 5 Juno. It includes updated design, new developer tools, updated apps, and a new app store that includes both free and paid apps — but the prices for paid apps are just suggestions. Users can pay what they want for any app — or pay nothing at all. 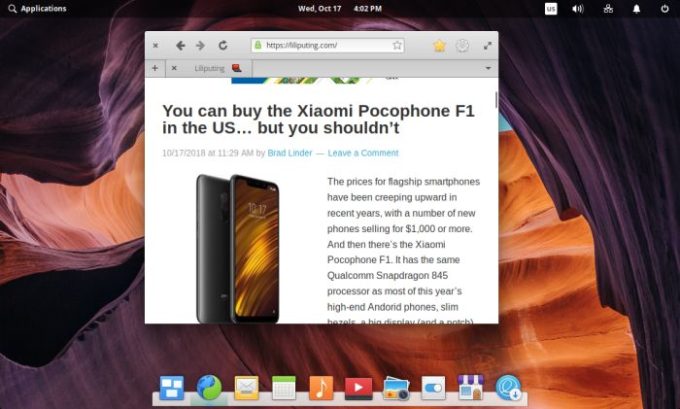 Pantheon includes a toolbar at the top of the screen which lets you see the date and time, status notifications, the power menu, some quick settings for audio, power, and wireless, and an application launcher.

There’s also a Mac-like dock at the bottom of the screen.

Elementary’s been around for years: version 0.1 was released in 2011. Since then the developers have stuck with point releases, so the last major release was Elementary OS 0.4 which came out in 2016 (although there was a 0.41 update released in 2017).

In recent years the operating system has become pretty stable though, so the developers decided to call the latest release Elementary OS 5 instead of 0.5.

That said, it’s also a pretty significant update, with the addition of the new pay-what-you-want app store called AppCenter.

It’s worth noting a few things about AppCenter. First, every app in the store is open source. Second, if you can adjust the price of any paid app. If you move figure all the way to zero, the price is replaced by the word “free” and you can just download at will.

Incidentally, the Elementary OS download page works much the same way: you can pay for the operating system if you want to. But if you enter $0.00 in the box next to the “purchase” button, the text changes to “download” and you can grab the OS for free.

There also aren’t a ton of apps in the store at the moment, but that’s OK because it’s not the only way to install apps. You can still fire up a terminal window and use commands like apt install command to install programs. For example, the image editing program GIMP wasn’t in AppCenter, so I just typed apt install GIMP to load it. 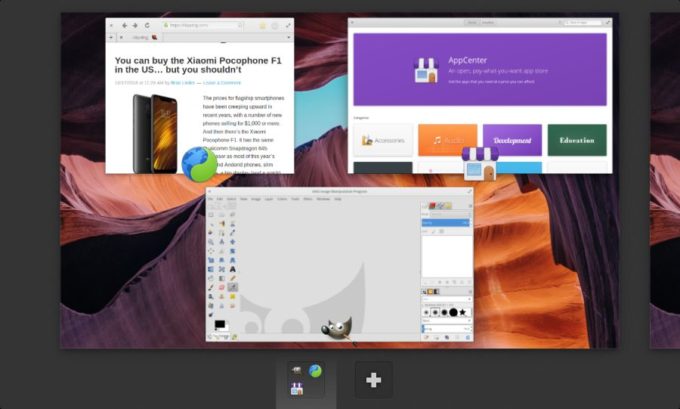 Other changes in Elementary OS 5 include:

And that’s just the tip of the iceberg. You can see more new features in Elementary OS 5 in the release notes, or download the operating system from Elementary.io and take it for a spin yourself.